Xiaomi presents a new fast charging technology that promises to give a smartphone 80% of energy in 1 minute.

How fast does your phone charge? And how fast would you like your future smartphone to charge?

At the moment, Xiaomi has presented one of the fastest fast charging technologies. Its 100W recharge appears to come from another planet.

The war for energy

All smartphone manufacturers are working hard to get the batteries of the future. There is an open hunt for increasingly advanced technologies in terms of fast charging, and the reasons are obvious.

The game is simple: the applications of use are expanding, mobile phones are increasing performance, companies must solve the problem of lack of energy.

Today though, in spite of so many efforts, there is no technology that allows manufacturers to supply more energy to a battery with a given capacity.

Tomorrow this new technology could solve the problem: Xiaomi said it has already developed it. If there are no even more extreme innovations it will soon appear on future phones.

The technology uses a nitrogen-treated carbon anodic material to achieve the highest known capacity. It is based on the "principles of construction and synergy of materials for high performance composite electrodes for energy storage", already awarded in 2016 by the national academy of sciences.

What fast charging technologies can we expect in the near future?

While waiting for the new fast charging technology to be integrated into the mobile phones of the future, the Chinese brands are still pulling the sprint on the topic.

Full energy into the future. 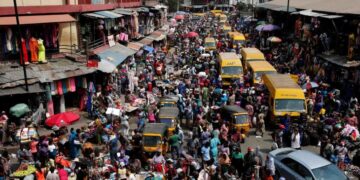 Only 8 countries in Africa officially and unambiguously register their victims: this leads to having to consider ...