Mars 2020 is ready, few details are still missing: in July we start looking for signs of life on Mars. Here are all the news that incorporates the NASA rover.

After years of work, NASA's Mars 2020 rover is ready to seriously explore the red planet. Once the construction and testing work at NASA's clean room is complete, the rover will be packed and shipped to Florida before final testing: then it will be connected to the rocket and launched to Mars in a few months.

The Mars 2020 rover has an ambitious mission: look for evidence of life on Mars. (for someone life is already a fact, I talked about it a few weeks ago in this post).

"Mars 2020 is looking for ancient signs of life"Said Zach Ousnamer, mechanical engineer of the Rover Mars 2020 project at the Jet Propulsion Laboratory, in interview published by NASA. "We will land in Jezero crater, the ancient delta of a river, and here on Earth we know that those are points where if there has been, there is a trace of life."

NASA already has a number of tools there

The rover Curiosity , the InSight lander and the spacecraft Mars Reconnaissance Orbiter are already there, but the Mars 2020 rover will have new tools. Updated tools that will allow him to perform tasks that vehicles already present cannot perform.

When Ousnamer was asked the differences between the Mars 2020 rover and others like Curiosity, pointed out several new features. "We're going to bring seven new tools there"he said. “Some of them are evolutions of those on Curiosity. We have, for example, a new tool MOXIE , which is producing oxygen on the surface of Mars. "

Being able to generate oxygen on the planet is a vital part of preparing for an eventual manned mission to the surface, both to breathe and to create fuel, and MOXIE should be able to produce approximately 10 grams of oxygen per hour by converting l abundant carbon dioxide present in the Martian atmosphere.

Other tools in the rover are focused on scientific research of life forms on Mars. “We have instruments that perform laser-induced breakdown spectroscopy,” he explained Ousnamer. It will allow scientists to identify the chemical composition of the rocks and soil that the rover encounters in the Martian environment.

“And then the most different thing from Curiosity is that inside the rover is the Adapting Caching Assembly. It is a system with 7 motors that takes samples of Mars, puts them in a container, seals them hermetically and leaves them on the surface waiting for a subsequent mission to bring them back to Earth to study them. "

The Mars 2020 mission is expected to begin between July 17 and August 5 next year. 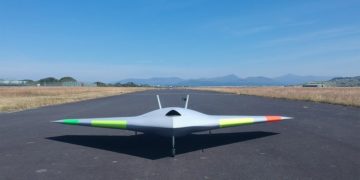 BAE Systems writes a new page in aviation history by developing the first aircraft that uses supersonic air jets instead of ...