Thanks to an innovative reading method, data can now be obtained from microsensors less than 1 millimeter in size. The era of injectable implants is born. Subcutaneous micro implants that can continuously measure a person's blood sugar, heart rate, and other physiological conditions are the holy grail of modern medicine.

Research has recently taken a quantum leap in bringing this vision of microsensors and injectable implants closer to reality.

A team from NUS, National University of Singapore, has developed a new wireless reader so sensitive to the slightest changes in sensor readings that it allows for the creation of micro-sensors below the millimeter, small enough to be injected under the skin.

An ancient wall is about to collapse

Efforts to miniaturize these microsensors have been largely hampered by technological limitations. These sensors are too small to be powered by a battery, so you need a reader positioned nearby. The constant detection of signals such as chemical or pressure changes occurs by means of magnetic fields.

For a reader to make sense of signals, the sensor must be large enough to create a readable signal. So far, researchers have not been able to create vital microsensors smaller than 1 millimeter in size.

The highly sensitive wireless technology developed by NUS researchers can monitor health indicators such as blood pressure using microsensors that are small enough to inject under the skin. (Image: NUS)

The team from NUS Electrical and Computer Engineering and NUS Institute for Health Innovation and Technology, led by Professor John Ho has developed a new way of measuring the signal, which makes microsensor readers three times more sensitive.

The result is that it will also be possible to read data from sub-millimeter microsensors. Injectable implants directly under the skin without the need for surgery.

The team developed a working prototype of the reader capable of reading 0,9mm diameter microsensors implanted under the skin with a syringe.

In laboratory tests the reader was able to monitor breathing rate and heart rate by detecting the subtle movements of batteryless microsensors.

It took the team two years of research, from February 2017 to January 2019, to develop these innovative injectable implants.

The result of the team was published in the scientific journal Nature Electronics.

“We hope that our breakthrough will lead to a future of non-invasive health monitoring solutions. The microsensors will allow patients to be immediately alerted. A way to intervene whenever their physiological conditions such as heart rate and blood sugar exceed a critical threshold ", Professor Ho said.

"Now that we have demonstrated the viability of our reader, the next step is to develop a series of passive (battery-free) microsensors. Devices capable of monitoring various physiological parameters such as glucose, bioelectrical and chemical activity of the blood ”. 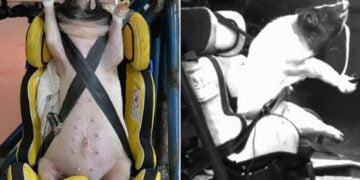 Chinese research ends up accused of using live pigs in crash tests. Is it just awful or even some ...