Augmented reality glasses seem to be the heirs of the smartphone. Facebook plans it from the "brain", its own operating system.

Facebook Inc. is building its operating system to reduce its future dependence on competitors such as Apple Inc. and Google, owners of the world's most popular mobile operating systems.

The planned operating system would focus more on future products, such as augmented reality glasses, according to a Facebook spokesman.

Some technology leaders, including Facebook CEO Mark Zuckerberg, believe that AR glasses may one day take the place of mobile phones as the primary way for consumers to connect to the Internet.

This is why Facebook wants to have more control over the software that works on these devices.

Facebook has outlined plans to build this type of glasses with integrated software, but judging by the signals, the social media giant is still far from launching something in this sector.

Much more advanced is the path that Mark Zuckerberg's company is taking in the field of virtual reality, with the acquisitions of Oculus e CTRL-Labs.

"We really want to make sure the next generation has room for us", says Andrew Bosworth, responsible for Facebook hardware regarding the company's plan to build a new operating system. “We don't think we can trust the market or competitors to guarantee that this is the case. And then we will do it ourselves. "

Facebook has been trying for years to ease its addiction to Apple and Google. Some time ago he tried to build his own cell phone, then a software to equip HTC phones. Both projects were a complete failure.

Previously Facebook had also put in place an emergency plan called Project Oxygen, in the event that your apps have been blocked or made inaccessible by the Google Play Store.

Facebook had to make sure users could take them elsewhere, but luckily for Menlo Park it wasn't necessary.

Not yet, at least. 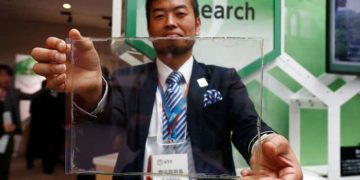 The transparent battery is still weak, but in 11 months it has already doubled the potential and tripled the transparency. The...