The first experiments, confirmed on mice. Now those on dogs: George Church proceeds quickly, and now it is safe: the reversal of aging within 20 years

George Church helped with his work to map the human genome. It was the first step on the path that will allow us to control what is essentially the software of human life. Today he claimed that the reversal of the aging process in humans is less than 20 years away.

Thanks to George Church and others whose work has decoded the "building blocks of life", DNA, the day is coming when humans will no longer be susceptible to viruses or genetic diseases, and perhaps even succeed in achieving the inversion of 'aging.

"The inversion of aging is not a fairy tale, but a scientific possibility already demonstrated in eight different ways on animals", says theimportant geneticist. In the mice, tissue damage was repaired, reaction times were increased and cognition improved.

Knowing the specific functions of genes in a creature's DNA allows scientists to modify or add genes to the sequence and change the results.

An article just published by Church and by many other researchers it shows how adding more genes to mice improved heart and kidney function and blood sugar levels.

"Genetic function decreases over the years: this is why we compensate by increasing the backup by inserting extra copies of the gene", he explains, illustrating this form of gene therapy.

The next step before replicating this science in humans is to get the same results in clinical trial he is conducting today on dogs.

The trial can be brought to humans in less than 20 years, says Church.

“The veterinary product could arrive in a couple of years. And then it will take another 10 years to pass human clinical trials. "

Beyond the Reversal of Aging: All George Church Projects at Harvard

Church's Harvard laboratory is working on about a hundred cutting-edge projects.

He currently experiences the growth of mini-organs derived from the patients' own cells, to help test the effectiveness of the drugs.

Not only that: they aim to transform these same organoids, as they are called, into complete organs available for transplantation.

Another project is a start-up to make pig organs safe and transplant them to humans on a large scale.

Church and his team also want to program human DNA to prevent people from absorbing viruses - in other words, a definitive cure for the common cold.

Church's lab has received a lot of attention for his plan to create a modern version of the extinct woolly mammoth, a process known as desestination.

Church recognizes the controversial nature of some trials, and understands that the world may not be ready for some of the implications of this technology.

The further the technology progresses, the greater its impact on society and the more cooperation will be needed. Religion, politics, ethics, art, all disciplines will have to help predict the unwanted consequences of an epochal change like this.

We have 20 years to widen the debate on the inversion of aging and longevism as much as possible. 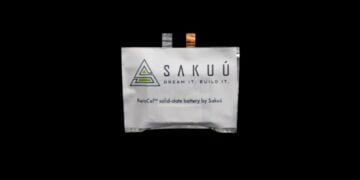