A defense survey shows a growing pro-Russian sympathy for the US military. The Pentagon accuses the pro-Putin media, but the reasons are perhaps different. 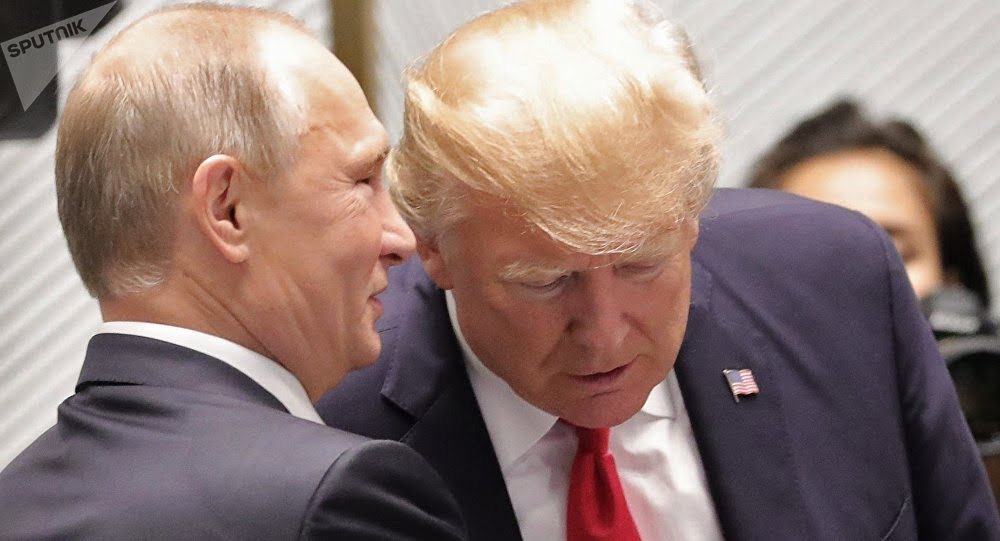 In the week a rather alarmist title of Voice of America, an organ close to the US state caught my attention. The headline was "The Pentagon Concerned About Russian Sympathies Cultivated Among US Troops".

The thesis of the American media is more or less this: Russian efforts to weaken the West with a relentless media war are starting to produce results. They are even weakening a key factor in the US line of defense: the military. And this creates alarm in the Pentagon.

Although most Americans still view Moscow as a key opponent in the United States, new polls suggest that the vision is changing, particularly among the families of military members.

“Remember,” continues the Voice of America, “when Russia bombed Belgrade, invaded and occupied Iraq, started an eighteen-year quagmire in Afghanistan, created anarchy in Libya, financed and armed al-Qaeda in Syria, and expanded its bases to the borders of the United States? No? Neither do we. "

Perhaps the US soldiers are simply tired of the failures of the army and intelligence and recognize the uncomfortable fact that Russia has often been of a different opinion compared to the choices (later turned out to be wrong) made by the USA in terms of wars to replace regimes around the world .

The poll that alarms the Pentagon

The second annual national defense survey, completed in late October, found that nearly half of the families of the armed services surveyed, 46%, said they see Russia as an ally.

If we extend the survey to include "civilians", the survey found that 28% of Americans have identified the Russia as an ally, compared to 19% the previous year.

While the majority, 71% of all Americans and 53% of military families, still view Russia as an enemy, the peak of pro-Russian sentiment grows a lot and worries defense officials.

US Pentagon warning: why is sympathy for Russia growing?

Maybe US military families are smart enough and empathetic enough to know that the "first" Cold War is long over, and that has meaning. A possible "second" Cold War can only bring bad things to one direct confrontation with Russia. Not to mention US involvement in Ukraine, a kind of "proxy war" that has nothing to do with US national defense.

Public opinion in the US dictates a change

It is foreseeable that the causes of the new poll results will also carry political weight in the endless investigations into the alleged "Trump-Russia" narrative. Although it is probably the republican root that is responsible for this change of view.

The Cold War of the media

"There is an effort by Russia to flood the media with disinformation to sow doubts and confusion". The Department of Defense spokesman said lieutenant colonel Carla Gleason, voicing the Pentagon alarm.

Would some Kremlin and Trump-sponsored Facebook posts have expressed a desire for better relations with Putin, and suddenly the military would be “pro-Putin” too? Not very credible.

Perhaps the "doubt and confusion" derive from endless wars costing billions of dollars to change regimes and occupy territories everywhere? Perhaps it depends on human costs, the price of American deaths and maimed? It seems to me that this problem does not come so much from Russia, but is endogenous to the USA.

So much so that neither experts nor Washington pollsters can admit it.

Our planet needs to make a small coupon: with an economy increasingly in crisis and a transition ...