The list would be very long, but these 6 examples well represent science fiction technologies that are rapidly becoming reality.

Science fiction films are fertile ground for dreaming about the future of technology. The genre has historically helped inspire inventors around the world to attempt to turn someone into reality.

Sure, there are some things that may never be realized, like superluminal speed travel, but there are also some technological inventions that are becoming a reality. Here are six examples from around the world of science fiction technologies that wouldn't be out of place in a genre film, but the list of course could be much longer.

Believe it or not, scientists from the University of California are currently working on contact lenses that can actually magnify the image. The lenses are able to track the movements of the eyes and their zoom function is activated by blinking twice. Incredible, right? The lenses are also capable of responding to electrical signals from the eye. These extraordinary biomimetic lenses are able to detect and respond to these signals. Their zoom function works very similar to that of a normal photographic lens. I also told you about it in this post.

A joint research project between MIT and Harvard is working on futuristic smart mirrors for health monitoring. These mirrors are supposed to be able to detect subtle changes in brightness as blood flows through the vessels of the skin. By analyzing this information and querying its databases, these science fiction technologies could help make an early diagnosis for some serious health problems. If made, such a mirror can revolutionize healthcare around the world. Currently, the state of smart mirrors this is, or this.

A common feature of many science fiction films. From "Iron Man" to "Edge of Tomorrow" and "Alien", the exoskeletons play their part in the most disparate scenarios. Fully closed armored suits may be a bit extreme right now, but some of their core components are already in development. Several military forces are already moving forward with their development to improve the combat capabilities of the "future soldier". Solutions are also being developed to restore the mobility of the elderly and to facilitate manual labor in many industries around the world. In Japan the elderly work theme and exoskeletons coincide. It doesn't take long for them to become commercially available to the masses at a reasonable price.

Another common feature of science fiction films revolves around flying vehicles, including taxis and other means of mass transportation. Apparently, several companies are already pushing ahead to make them a reality very soon. A company called Bell Nexus unveiled its visionary VTOL air taxi which could be a glimpse into the future. According to the company, the electric hybrid propulsion and the flying taxi with gas turbine they should be commercially available within the next five years.

Tiny, tiny robots that can heal (or kill) people are featured in various science fiction movies and technologies. From those used by the Borg in "Star Trek" to the "Red Dwarf", nanobots have been, until yesterday, a believable but seemingly unattainable dream for science fiction fans.

Today nanobots are being developed with research teams from around the world. The idea is to inject these little robots into the body to monitor health from the inside. Some will also be equipped with tiny surgical instruments that could actually repair damaged organs in situ.

From the old "Rocketeer" to the recent "The Mandalorian" jetpacks are science fiction technologies now in the collective imagination. Many inventors have opened a window to this technology for many decades, but we are now closer than ever to making it a reality. New Zealand company Martin Jetpack developed a reliable unit that offered users more than 10 minutes of flight time over 30 years, but it just went bankrupt due to lack of funds. Also there Apollo Jet Pack has realized this dream, limited for now to a few private charterers. There are many applications for the civil and military industries, but it is perhaps among the sci-fi technologies listed that will take the longest for mass adoption. 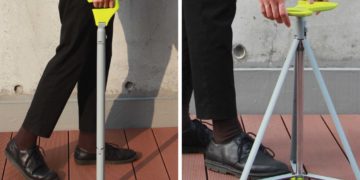