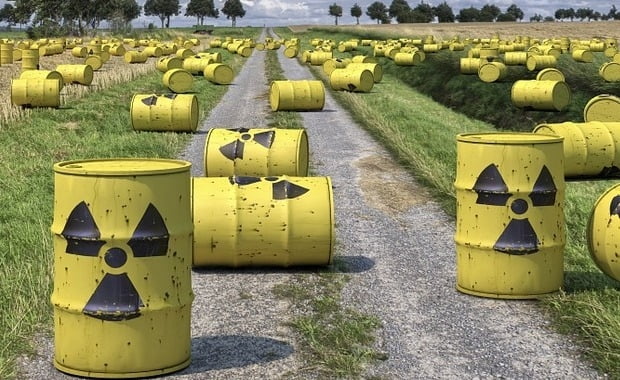 Whatever you think of nuclear power, you can't ignore tons of radioactive waste and toxic with whom no one really knows what to do. For now they are "buried" in underground storage areas where they have to stay a very, very long time. The hardest to die, uranium 235 and plutonium 239, have a half-life of 24.000 years.

This is why I believe the physical's recent claims are important Gérard Mourou made in his extensive speech on accepting the Nobel. "Lasers," he said, "could reduce the lifespan of nuclear waste from one million years to 30 minutes." He also reiterated this in one next interview.

Who is Gérard Mourou?

Mourou is the co-recipient of the 2018 Nobel Prize in physics: he won it together with Strickland woman for the development of the Chirped Pulse Amplification (CPA) from the University of Rochester. In his speech, he referred to his "passion for light".

The CPA produces very short, high intensity optical pulses that pack an enormous amount of power. Mourou and Strickland's goal was to develop a means of making highly precise cuts useful in medical and industrial settings.

However, the CPA has another, equally important, advantage. Its pulses are so rapid that they can shed light on otherwise unobservable events, such as those within individual atoms or in chemical reactions. This capability is what Gérard Mourou hopes will give the CPA the ability to neutralize nuclear waste and is actively working to make this happen in partnership with Toshiki Tajima of UC Irvine.

“Take the nucleus of an atom. It consists of protons and neutrons. If we add or remove a neutron, absolutely everything changes. It will no longer be the same atom and its properties will completely change. The lifespan of nuclear waste would change and we could reduce it from one million years to 30 minutes "

We are already able to irradiate large amounts of material at once with a high-powered laser, so the technique is perfectly applicable and, in theory, nothing prevents us from scaling it industrially. This is the project that I am launching in collaboration with Commission for Alternative Energy and Atomic Energy , or CEA, in France. We think that in 10 or 15 years we will have something we can prove. This is what really allows me to dream, thinking about all the future applications of our invention. "

15 years may seem like a lot, but when you're dealing with the half-life of nuclear waste, it's a blink of an eye.

Although nuclear power is struggling to be accepted as an energy source in the United States after a series of disturbing accidents and the emergence of alternative sources such as solar and wind power, many European nations have embraced it.

France is the main among them: it relies on nuclear energy for 71% of its energy needs. Ukraine is the second most dependent on it, accounting for 56% of its power, followed closely by Slovakia, Belgium, Hungary, Sweden, Slovenia and the Czech Republic, according to Bloomberg. None of them have a plan for nuclear waste, other than to store it somewhere in the hope that a solution will be found or that it will not leak into the aquifers in thousands of years.

Nuclear waste is already too much

Greenpeace pixy that there are approximately 250.000 tons of radioactive waste around the world. Of these, about 22.000 cubic meters are really, really dangerous. The cost of keeping them safe is over 100 billion dollars.

Transmutation of the nuclear waste problem

The process that Mourou is investigating is called "transmutation". "Nuclear energy is perhaps the best candidate for the future", he told the Nobel audience, “But we still have a lot of dangerous junk left. The idea is to transform these nuclear waste into new forms of atoms that do not have the problem of radioactivity. What you need to do is change the composition of the core. It's like karate: you apply a very, very strong force in a very, very short moment. "

The idea of ​​transmutation is not new. It has been under study for 30 years in the UK, Belgium, Germany, Japan and the US. Some of these efforts are ongoing, others have been abandoned. The transmutation of high-level nuclear waste requires a series of challenging steps, such as the separation of individual radionuclides, the fabrication of targets on a large scale, and ultimately their irradiation and disposal. Not easy.

Mourou and Tajima hope to be able to reduce the distance a beam of light must travel to transmute atoms by another 10.000 times. “I think all the time about what that could mean,” says Mourou. “I do not overlook the difficulties that await us. I dream of the idea, but we'll have to wait and see what happens in the years to come. "

Who hasn't happened at least once to go home on a hot summer day and find out ...

Are the orthopedic and ergonomic mattress the same thing?