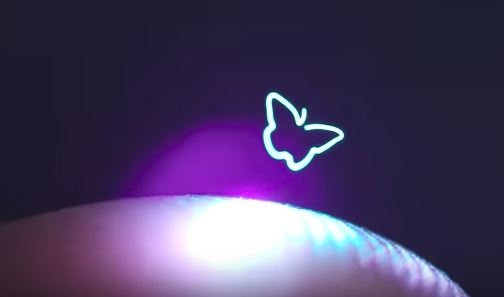 Ever since I was a child I have found myself in (hypothetical and hopeful) holograms of all sorts, manipulated in the air as if they were light objects.

Today a team of researchers from the University of Sussex has found ways to create cutting-edge holograms that you can not only see but also hear and even touch. The best thing, then, is that they made it by drawing on an already existing and “ready” technology.

A paper on the scientific discoveries related to this new hologram device (called MATD, Multimodal Acoustic Trap Display) was published the day before yesterday in the journal Nature.

An ultrasound cage to see ...

The device works by using ultrasound waves to trap and move a small piece of styrofoam two millimeters wide in mid-air. The polystyrene acts as a "brush" that traces the shape of an object in three dimensions while three LED lights spread the classic combinations of red, green and blue colors over it.

The speed of the "brush" is such that the human eye sees only what it draws - a sort of sequence of frames that moves quickly like the sheets of a notepad that scrolling together make up an animated sequence.

"Our prototype uses a colored particle that can move so quickly in space that with the naked eye you can only see a 3D image suspended in mid-air," says the researcher Ryuji Hirayama in a Press release.

The massive use of ultrasonic waves allows the device to produce a perfectly audible noise and a physical sensation / response by subscription to the holograms.

"Even if not audible to us, ultrasound is still mechanical waves, and they carry energy through the air", said the researcher Diego Martinez Plasencia. "Our prototype directs and focuses this energy, which can therefore stimulate the ears with audio or stimulate the skin. "

The future of holograms

The researchers envision future versions of the device will make use of more tiny styrofoam "brushes" to create even more detailed holograms. And unlike many technologies considered cutting-edge in this field, this one may not have too much trouble making the leap from lab to store shelves.

"MATD was created using low-cost, commercially available components," says researcher Ryuji Hirayama in a press release. "We believe there is plenty of room to increase its capacity and potential." 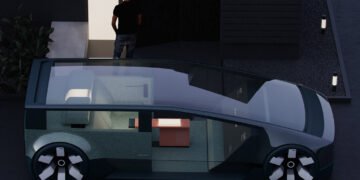 Yet another shining example of applying the open space philosophy to the vehicles to come. The future will see the era ...