A team managed to encapsulate 11 micronutrients in a tiny polymer that does not alter the flavor of the food. The challenge against malnutrition is launched. 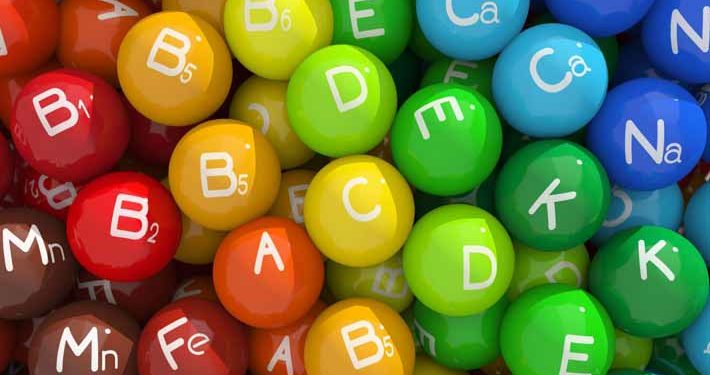 Micronutrient capsules have been developed so small to be integrated into a slice of bread: they are so microscopic that it is not possible to recognize the difference between a normal slice of bread and a "fortified" one.

This new invention it could help scientists overcome a key obstacle to the mission to combat malnutrition.

Micronutrient deficiency almost affects one third of the world population, but malnutrition is a real one "Hidden hunger". This is because even people who don't seem to be undernourished can experience effects such as cognitive disturbances and blindness.

Getting nutrients in developing countries is not that simple. Governments, nonprofits, businesses and organizations often reinforce food, encourage breastfeeding or offer supplements in places without adequate nutrition. However, transport and storage problems often prevent these strategies from being effective.

The author of the study Ana Jaklenec, the MIT researcher who helped invent this new technology that provides micronutrients, explains that in some geographic areas where malnutrition is more prevalent, food that already not it contains healthy quantities of micronutrients and is often cooked stewed with a slow boil, destroying the residual qualities present.

To solve these problems, Jaklenec and 30 other scientists worked together to invent a shield based on microparticles able to protect micronutrients until they reach the mouths of people with malnutrition worldwide.

Like a bullet, the new microparticle platform can preserve the nutritional quality of foods such as bread and corn during their transportation, and help the body absorb essential nutrients. The technology, described in one study in the magazine Science Translational Medicine , could revolutionize the way people treat malnutrition everywhere.

The researchers tested around 50 different polymers before focusing on a polymer called BMC. Then, they encapsulated 11 micronutrients including iron, iodine, zinc and B12 within the BMC microparticle, which is slightly larger than the diameter of a single human hair.

Next, the team administered the micronutrient-filled capsules to rodents and 44 humans. They also tested how well the micronutrients would be absorbed in the human gut by implanting them in a model designed to mimic the gut system. Each test showed that the BMC capsule protected the micronutrients from potentially degrading factors such as heat, light, humidity and oxidation.

The study culminated in a taste test: fortified bread with BMC capsules was served to check whether it was able to distinguish normal bread and the new super bread.

Bill Gates himself, one of the sponsors and inspirers of the initiative, was unable to understand the difference. “Preserving the taste is important,” he notes Jaklenec. Even though fortified food is available and rich in nutrients, if people don't eat it because it tastes bad, the problem persists.

The challenge against malnutrition? All logistics

The actual distribution of the capsules presents a serious challenge. Bringing fortified foods to remote areas requires a complex logistic network, he explains Jaklenec. It is a technical and delivery problem and will require collaboration with local governments.

For now, Jaklenec and his team have stepped up the process and are working with industrial partners to produce tons of powdered micronutrients. While this microparticle technology may not initially be cost-effective, the long-term economic gains could be huge.

There is still a long way to go to understand exactly how the microparticle platform could be implemented to solve malnutrition problems in hard-to-reach places. But it could change the lives of billions of people, and in a sustainable way.

Abstract from the study (here you find the complete one, in English):

We hypothesized that polymer-based encapsulation could address this problem and facilitate the absorption of micronutrients. We have identified poly (butyl methacrylate-co- (2-dimethylaminoethyl) methacrylate-comethyl methacrylate) (1: 2: 1) (BMC) as a material with proven safety: it offers stability in boiling water, rapid dissolution in gastric acid and the ability to encapsulate micronutrients distinct.

We encapsulated 11 micronutrients (iron; iodine; zinc; and vitamins A, B2, niacin, biotin, folic acid, B12, C, and D) and co-encapsulated up to 4 micronutrients. Encapsulation improved the stability of the micronutrients against heat, light, moisture and oxidation. Studies in rodents confirmed the rapid release of micronutrients in the stomach and intestinal absorption. The bioavailability of iron from microparticles, compared to free iron, was lower in an initial human study.

An organotypic human intestinal model revealed that an increase in iron load and a reduction in polymer content would improve absorption. Using process development approaches capable of kilogram-scale synthesis, we increased the iron load more than 30 times. Scaled batches tested in a human follow-up study showed up to 89% relative bioavailability of iron compared to free iron. Collectively, these studies describe a broad approach for clinical translation of a thermally stable ingestible micronutrient delivery platform with the potential to improve micronutrient deficiency in developing countries.

These approaches could potentially be applied to the clinical translation of other materials, such as natural polymers, for the encapsulation and oral delivery of micronutrients. 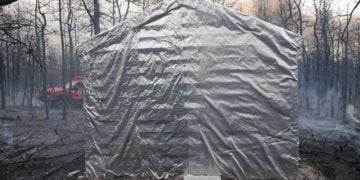 A fireproof blanket for the whole house against fires

Wrapping an entire house in a very thin fire blanket to save it from an extended fire? It is the goal of this research ...