Magnetically charge viruses and perform magnetic blood cleaning with a magnet? As absurd as it sounds, that's why the idea can work. 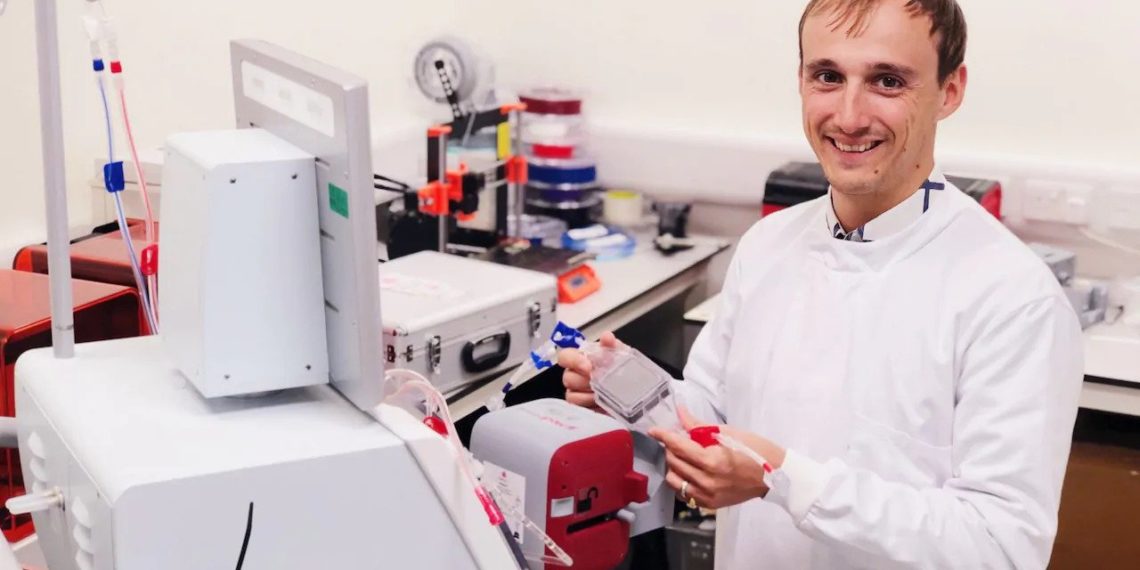 Even fatal diseases like leukemia, sepsis and malaria could be eliminated from the body using magnets, after a British engineer designed a filtering system that can literally sift through blood.

Doctor George Frodsham he came up with the idea of ​​a magnetic blood cleaning technology while studying the creation of magnetic nanoparticles that bind to the body's cells, to better highlight them in diagnostic tests.

He realized that if it is possible to magnetize cells for imaging, once 'hooked' they can also be carried away by the blood.

In theory, any virus, bacterial infection, or even blood cancer can be grabbed by a tiny magnetic particle and removed from the body without the need for lengthy treatments with aggressive drugs.

The first human trials of magnetic blood cleaning technology (called MediSieve) are pending approval by the Medicines and Health Products Regulatory Agency (MHRA) and will likely begin in 2020 with the first malaria tests. Those for sepsis will follow in 2021, to see if the device can reduce this deadly immune response.

Doctor FrodshamCEO MediSieve, a spin-off from University College London (UCL), said: “In theory, we can capture almost anything. Poisons, pathogens, viruses, everything we can specifically attach ourselves to. It is potentially an extraordinary tool. When someone has a tumor, it is removed surgically: leukemia is a tumor in the blood, so why not remove it using magnets? Now we know it can. We just have to perfect the details ".

The filtration system works in a similar way to dialysis. The blood is removed from the patient and infused with tiny magnetic particles that bind to the specific disease. These bound substances are then trapped in the system using magnets and the "clean" blood is pumped back into the body.

The blood could pass through the system several times until the disease is at such low levels that it can be removed by the immune system or by a short course of medication. And the whole process will probably only take two to four hours, with some possible repetitions.

With malaria it is (theoretically) easier

Curiously, malaria naturally becomes magnetic when it enters the body because it affects iron-rich red blood cells, which means that the first step in cleansing the blood is not necessary.

"The malaria parasite invades the red blood cells and consumes hemoglobin, then leaves an iron-based waste product, which it then takes within itself", he added Frodsham.

The approach to leukemia

“Unfortunately, leukemia cells do not all circulate in the blood. Some remain in the bone marrow and lymph nodes. The only way to treat blood cancers such as leukemia is to completely eliminate these cells, otherwise the cancer will return. But by removing cancer cells from the body rather than killing them with drugs inside the body, this approach could reduce the need for drugs with toxic side effects. "

The egg of Columbus

Surprising as it may seem, for decades researchers have used antibodies attached to tiny magnetic beads to discriminate which cells to study in their experiments.

Dr. Frodsham hopes the device will inspire a new generation of engineers to find technological solutions to major medical problems rather than finding new drugs.

“We put blinders on. Anyone looking for solutions to malaria only thinks of new drugs, and it never occurred to anyone that a device could be used.

Engineering is an option

In hospitals, a lot is what comes from the work of engineers. All medical and surgical equipment, diagnostics, care tools.

“Anyone looking for a potential career that can change the world and benefit people but doesn't want to be a doctor can turn to engineering. It could have a much greater impact. A doctor will never treat a million people, but an engineer could. "

The development of new technologies and their application in the clinical setting has the potential to transform how we will manage this complex condition in the future.

What are the skills to develop? Surviving is a relative concept: you can do without much, but beyond ...