He seeks light and shadow on his own. He asks you to water it, and plays with you. What else must Hexa do to please you? A slice of "cool". 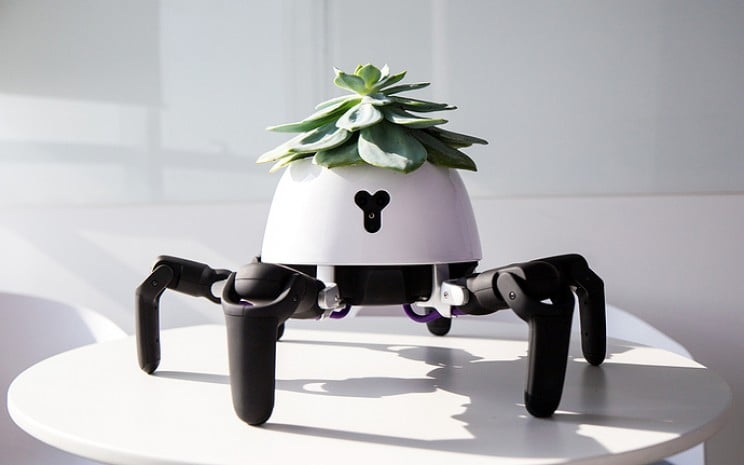 One of the canonical definitions of plants is that they are essentially "heliotropic". This means that plants tend to orient themselves towards the sunlight to capture the precious rays which are absolutely crucial to their life.

Unfortunately, however, they certainly cannot tear themselves from the roots and take a walk towards the light when completely covered in shade, or left in a vase to rot in the dark. At least until Hexa arrives.

This is where it enters the scene Sun Tianqi, a researcher who works in the field of robotics, neuroscience and artificial intelligence. Sun (nomen omen, the Latins said) is the founder of Vincross, the company that created Hexa a year ago.

Hexa, the vase that carries plants around

As Tianqi says in a post on his droid that moves alone in search of the beneficial light, “With a robotic base that carries them around, plants can experience mobility and interaction”.

And the little Hexa does just that: it's a robot pot with legs, which moves towards the sunlight to keep the lucky plant it has planted in good health.

When we say “having a good relationship with the Natura"

I find the project really adorable. A way to bring plants to children, and to people in general. A mechanism that "animalizes" the plants will not be the best on the ethical level, but on the didactic one it can have its say.

On the other hand, the creator of the droid himself also says: "I hope the Hexa project can inspire the relationship between technology and natural presets."

You have never played like this with a plant

Not only can Hexa move to the sunlight when needed, but it also performs a cute dance (or starts doing tantrums) when it needs to be watered.

The robot can also "play" with humans, and put itself alone in the shade when it needs to cool the temperature. 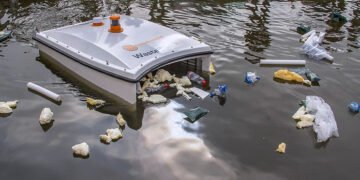 The strategies for the fight against aquatic waste are refined: autonomous boats arrive that work in tandem with drones and ...