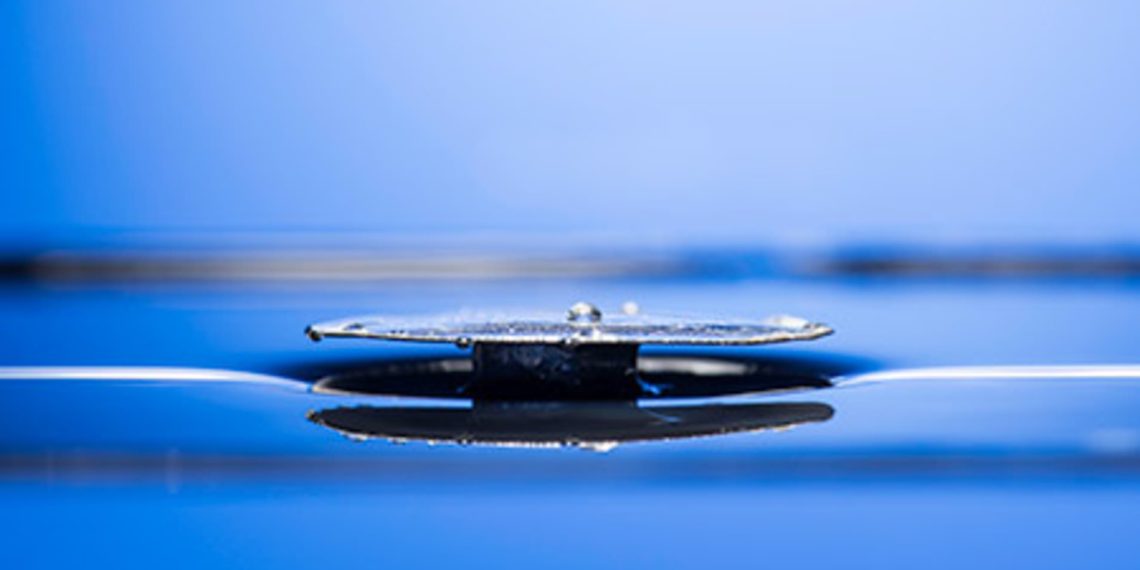 Researchers at the University of Rochester draw inspiration from nature by “undermining” characteristics of spiders and ants to create a metal structure so water-repellent that it literally refuses to sink.

The unsinkable material has characteristics such as to remain afloat regardless of its time in water, whether it is damaged or perforated.

Could this lead to an unsinkable ship?

An invincible vessel is the first thought that comes to mind, but it is clear that there are many possible applications. A wearable life jacket that will still float, even after being punctured? Electronic monitoring devices that can survive the long term in the ocean?

The discovery is the result of the work of a team from the University of Rochester and Chunlei Guo, professor at the Changchun Institute of Optics, Fine Mechanics and Physics in China. The lab he described the research in the scientific journal ACS Applied Materials and Interfaces.

The project was supported by funding from the Bill & Melinda Gates Foundation, the US Army Research Office and the National Science Foundation.

Daughter of a laser

The facility uses a revolutionary technique developed by the laboratory to “engrave” metal surfaces with a femtosecond laser. By engraving intricate micro- and nano-scale patterns it is possible to trap air and make surfaces superhydrophobic or water repellent.

The characteristic given to "unsinkable metal" is already present in nature: some species of spiders and ants can survive for long periods under or on the surface of the water by trapping air in an enclosed area. Argyroneta water spiders, for example, create a dome-shaped underwater net, a so-called diving bell, which fill with air carried off the surface between their super-hydrophobic legs and abs. Likewise, fire ants can form a raft by trapping air between their superhydrophobic bodies.

The problem and the solution

"This was a very interesting inspiration", he claims Guo. As the researchers note in the paper: "The key insight is that faceted superhydrophobic (SH) surfaces can trap a large volume of air, indicating the possibility of using SH surfaces to create floating devices."

Guo's laboratory has created a structure in which the surfaces treated on two parallel aluminum plates face inwards, not outwards, therefore closed and free from external wear and abrasion. The surfaces are separated by the right distance to trap and retain enough air to keep the structure floating, in essence creating a waterproof compartment.

Even after being submerged for two months, the structures immediately bounced to the surface after the cargo was released. The structures also maintained this ability even after being punctured several times, because air remains trapped in the remaining parts of the compartment or in adjacent structures.

Although the team used aluminum for this project, the 'etching process' could make any material or metal unsinkable, ”says Guo.

The first etching experiments took some time: an hour was needed for an area of ​​2,5 square centimeters. 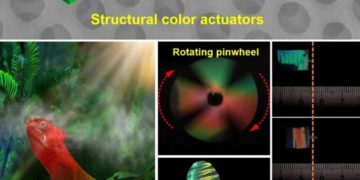 The chameleon robot developed by the Chinese team mimics the characteristics of the reptile: it senses the context, changes its colors and ...