Technology, culture, life expectancy are preparing epochal changes: the sexual revolution is returning, and this time it will change our body and mind. 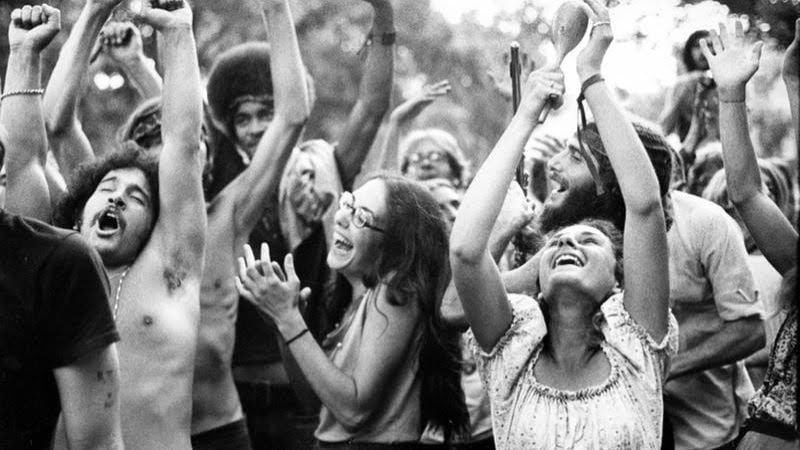 Duty premise: if you think that talking about sex or sexual revolution is not relevant to the future, you are wrong.

Many of the current answers to the question "why do we have sex?" are obvious: most of them include the need for reproduction. Sex is (still) the main way of giving birth to children.

But how would our approach to sex change if it no longer had to do with procreation?

We do it to reproduce

Since the birth of the first "test tube baby" over 40 years ago, millions of Earthlings have been born thanks to this method. The number is expected to grow in proportion to the improvement of tools capable of identifying genetic risks in embryos.

Can technology save the wedding sector?

"I predict that people will still have sex in the future, but not for reproductive purposes": is the prediction (shock?) of Henry Greely. In his book “The end of sex and the future of human reproduction”The author speculates that in an inclusive period between the next 20 and the next 40 years all those who have good health coverage will prefer to conceive in test tubes.

Greely's book explores the ethical and legal challenges behind this change. "As with similar things, there will be a first negative reaction, but gradually it will be tolerated and then preferred."

In a world where children make themselves in the laboratory (maybe even in artificial womb), and the "old-fashioned" reproduction with more and more risks is intended only for the most disadvantaged classes, what new sense does sex take?

On the biological level there is an obvious motivation for human sex: we do it to procreate and spread ourselves.

We do it to be loved

In short, for Aristotle it is not love that points to sex, but the opposite.

To procreate, of course. To join us, sure. But they are only two of the possible answers.

Think about food. Eating in a group for our ancestors was linked to survival: food for the group equal food for the individual. Today we take pictures of food, eat absurd sandwiches and other things that no longer have a real link with survival. This also works for sex. It causes us pleasure and sometimes we do it only if it doesn't make sense, only if it brings a mere satisfaction.

Maybe it's time to admit it: to enjoy it's the main reason we have sex. Oh God, we may not admit it, but the sexual revolution will come anyway.

There is a profound reason why 1968 is remembered by everyone as the emotional center of a sexual revolution. It is the year of the pill, a small drug that has had the effect of an atomic bomb.

In a 2015 research Jean M Twenge, professor of psychology at San Diego State University, examined the sexual attitudes of Americans from the 70s to 2010. His laconic conclusion: "Americans willingly accepted non-marital sex."

Habits change, the approach to sex is further from the bonds, our ethics of sex evolve, often faster than society.

What is natural and what is not?

Difficult to say. Of course, many of the traditional ideas about sex are quite incompatible with nature. Take homosexuality: some say it is an unnatural fact, because for example animals would not be homosexual.

Nothing could be more false. Japanese macaques, fruit flies, albatrosses, dolphins are just some of the 500 animal species that also include homosexuality.

By this I am obviously not saying that gay sex has no purpose or meaning: he has many, including love.

Certainly, historically gay culture has been increasingly open also to the idea that sex does not always have to have social and conformist obligations, and that indeed it does not need it. This freer approach could even be among the inspiring reasons for certain prejudices towards homosexuals.

The "ethical scheme" of heterosexuals contradicts itself. The bitter accusations of amorality addressed to gays are not taken into account when a heterosexual puts in place the many sexual activities that do not find an outlet in procreation.

Thank God (or who for him, Lucio Dalla would say) the preconceived hostility towards homosexuality continues to decline all over the world, net of the complaints that rightly make and must make noise.

A Williams Institute study at UCLA Law School observed the changing attitudes of people in 141 countries around the world. In 57% of these countries there is a great growth in the general reception and acceptance of the LGBT world from 1981 to 2014.

It's not all roses and flowers, of course. The researchers note that while the biggest increases are recorded in the countries considered most tolerant (Iceland, Holland, Sweden, Denmark, Andorra and Norway), the most refractory nations (Azerbaijan, Bangladesh, Georgia, Ghana) have further radicalized. However, the general picture improves.

There are many reasons for this increase in tolerance: public support from medical and psychological associations, positive media coverage (in pop culture more and more examples of homosexual love are represented) and not least the personal knowledge of those who come out. It's hard to think that gays want to "destroy civilization" when I'm your sister, your piano teacher, your florist, the volunteer fireman who lives opposite.

The LGBT people as a pioneer of the new sexual ethics

LGBT culture is offering the world new avenues to reflect on the ethics of sex, in ways that do not necessarily force procreation, marriage or monogamy. A 2005 survey shows that 40% of gay couples live an open relationship against 5% of straight people: if this type of experience becomes the general norm, it will have been the gays who have driven the new sexual revolution.

What do straight people say?

I imagine that more than a few heterosexuals will turn up their noses, but it is difficult to say today that heterosexual morality has some moral or ethical authority on the subject. Modern popular culture now shows us many models of dysfunctional heterosexual relationships, both marriage and non. The "traditional family" shows more than ever today that it has many difficulties in teaching something about coexistence.

The tools (and standard bearers) of the revolution

While the future will bring us technological changes, however, the sexual revolution will be driven by new ideas.

We will rethink procreation

Since 1978 more than 10 million children worldwide have been born with in vitro fertilization. A number destined to increase exponentially as treatments become more widespread and cheaper.

The world will approach an ethically and socially accepted form of eugenics. A couple who wishes to have a child will visit a clinic, bringing semen and skin samples. In one or two weeks, she will be contacted to select which of the 100 embryos produced from their samples to choose for fertilization. The choice will probably be based on an accurate series of information relating to genetic heritage, predisposition to diseases and other characteristics.

We will rethink monogamy and sentimental commitment.

Having a sexual partner for the whole adult life seems easier with a relatively low life expectancy. With the growth of life expectancy (from 1960 to 2040 the average life will be 25 years longer) things will change. According to many futurologists the first person who will live over 150 has already been born before 2001: How realistic is it to think that he should only be 100 years old and only one sexual partner passes by? Divorces and second marriages are already on the rise today. With the expectation of higher life, "until death do us part" will cease to be a primary goal.

We will rethink sexual identity

If sex necessarily ceases to be associated with the procreative function, will sex become a mode of communication that prescinds from the genders? In other words, will the concept of orientation and sexual identity be linked to the notion of reproduction or will the words "homosexual" and "heterosexual" remain only in the history books, and will we live in a 360-degree "sexual" society?

If the new sexual revolution becomes more and more massive it will also be for the many LGBT people who for decades have invited "the dominant culture" to rethink its sexual ethics.

Sex will always have its own meaning and purpose, but it will be more for someone than for something. It will be for those who do it, first of all, for the joy that allows people to meet, to unite, to experiment.

In the future, to summarize, the sexual revolution will change the purpose of sex, which will mainly be ... in the joy of sex. 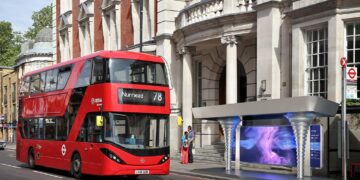 A bus shelter can accommodate much more, and contribute to a concrete change in cities.