Humanity moves very quickly towards a perfect world. Does it seem impossible to you? Think that the alternative is extinction. That's why it will end well. 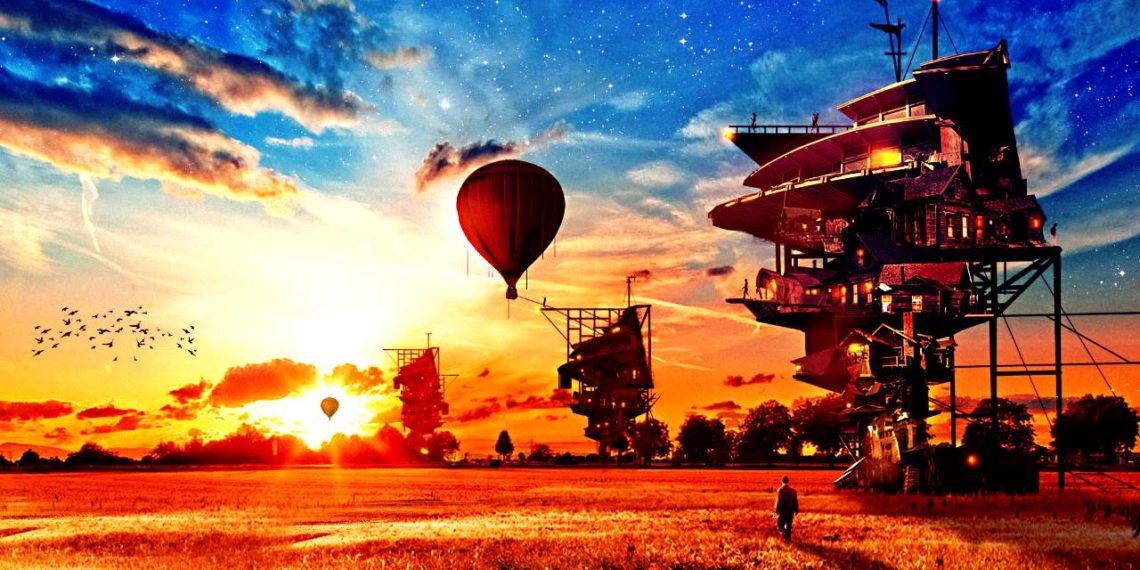 Humanity is moving very quickly towards a bright future. A perfect world, even if perfection will never be fully achieved. Does this seem like an unreasonable prediction? Think that the alternative is self-destruction. Tertium non datur, and the dystopias of the various films are unlikely.

One of the best films seen in recent years has been Interstellar, but as much as I have loved it it has a weakness: it is set in a not at all rosy future. A dystopian nightmare where sandstorms and droughts will make human life difficult on the planet. Science fiction is a genre that I love, but the excess of dystopias affects thinking too much.

The media have a tendency to focus on the negative aspects of the present. Dystopias open the disturbing scenarios of the future before our eyes: we have played the perception of today and tomorrow.

Yet if we look at the whole context, there are signs of a future by no means dark. Many clues show decidedly positive changes.

Fear in the eyes

Terrorism, war, famine, natural disasters, economic recession, overpopulation, climate change, rising temperatures. What a squadron. We hear about them from the media every day, for many hours a day.

What we feel little is how we slowly live more, we fight absolute poverty, we become more aware, less sick and more efficient even in old age.

The future is a friend

In the last 100 years the cost of food has dropped to a tenth. That of electricity to a twentieth. The price of transport has dropped to one cent and that of communications to one thousandth.

In a sense, we already live in a utopian world: it would be enough to go back to experience it. Humanity is moving a lot towards a perfect world. Does it seem impossible to you? You think the alternative is extinction. That's why it will end well.

Traveling was very slow. Air conditioning was practically non-existent. There was no radio or TV, and very few movies around. You could listen to recorded music, but it was little, with bad quality audio, and you couldn't download any more because the internet simply didn't exist. There were no cell phones. Medical treatments were far less effective and far more painful, and more than one in a hundred women died in childbirth.

Of course, we have very serious problems. Nonetheless, the world will be much better than it is now in a few decades, and the future will be even more utopian and difficult to imagine, as will the present for a man of the last century.

How do you say that?

No one has a crystal ball, and no one can be sure exactly what will happen. But there are some things that can reasonably be predicted assuming (and that's a gamble anyway, I realize) that the economic system doesn't collapse for a while.

One of the really easy things to predict is that technology will improve more and more. Again, the speed of evolution might surprise us, especially when someone gets (or has it already got?) quantum supremacy.

In 1980, Ray Kurzweil drew on the immediate past to derive predictions that turned out to be very accurate. It's hard to predict the single exploit, or who will score it, but the big picture is within reach of the imagination.

And the big picture is that the drop in computation cost and capacity growth are exponential, and they will bring us the future much sooner than we think.

In 2016 Ray Kurzweil predicted that we would have a cure for practically every disease within 20 years (i.e. by 2036). According to Aubrey de Gray of the SENS Research Foundation (a charity that works on projects to stop and reverse aging processes) believes that longevity will also grow enormously and in less time. Technological and medical accelerations will bring us great results already in the 2030.

And now the painful notes: I fear that access to these treatments and technologies will not be the prerogative of everyone, when they are developed. They will be prohibitively expensive, but like other solutions in the past they will gradually become more accessible.

Someone will say: if we cure everyone's diseases, the world will become incredibly overcrowded. Yes, there will certainly be more people, but technology will help us manage it. A more populated world is not necessarily bad in itself. It can also mean having more people working on solutions to humanity's great challenges.

The great challenges and a faithful ally: the price

One of the theories that could help us to be optimistic and predict a rosy future (even if it is always a disturbing neoliberal dream) comes from a news on chocolate.

Guys, within a few decades there will be no more chocolate: according to some scientists the reason is that cocoa plants grow only in special conditions next to the equator, and the 2 ° C increase in the earth's temperature (also unfortunately predictable) will kill plants.

Yes, maybe those plants will actually die as the temperature rises, but as long as people eat chocolate and pay to eat it, we will hardly be without.

The reason is in human naivety and in the price system: if cocoa starts to run low, the price of cocoa goes up. And if the price of cocoa rises, incentives increase to find solutions to grow more resistant plants, synthesize chocolate in the laboratory, clone the seeds, everything. Everything, anything.

It is the same with overpopulation: when a resource like food is scarce, its price will start to rise. And when it increases, there will be a rush to find a solution to be able to earn from this higher price. Everyone will work hard to get food in every way. When food becomes available again, its price will drop again.

What about global warming?

This is a real nightmare, and it's happening right now. How will we deal with it?

To a gigantic problem like this, there is no doubt that there are many approaches. While expensive, one solution could likely be removing greenhouse gases from the atmosphere. It would take us a long time to complete the work, but the range of possibilities will increase in the meantime.

After all, people are already adapting to bad weather and weather. In Holland they build flood-prevention channels. Floating farms are born in Bangladesh. In Singapore, entire skyscrapers are home to fruit and vegetable plantations.

Paradoxically, and we already see it today, the more the problem will be perceived as widespread, the more the "army" of aware and responsible fighters will expand to conquer a rosy future. Adaptation will follow combat, and combat may follow victory.

Or we'll die out, right?

Yes, I wrote it at the beginning of this article. In general, I believe that the fate of humanity is techno-volatile (or utopia beyond our wildest predictions, or extinction). Technology may or may not explode. If the advances continue, everything will be achievable. If we don't, everything will fall apart. It is a crossroads for the planet.

As I see it, the possibility of self-extinction cannot be ruled out. As more and more technology is developed, its distorted use also becomes an option.

Yet I continue to remain more optimistic than pessimistic. In his essay "The singularity is close“, My hyper-quoted Ray Kurzweil has expressed a moderate hope of living a rosy future, and I support it.

Technology, especially that based on artificial intelligence, will provide checks and balances: as with computers, "viruses" of all kinds will always exist. They will do damage, some of them even very large, but they will still be a fraction of the benefits. And no one ever said to give up on computers to avoid viruses.

It could be argued that computer viruses don't do the same harm as biological viruses or destructive nanotechnology. This reinforces the concept: the severity of the danger will only strengthen our control capacity and our reaction to the danger.

In short, in summary I think so: either victory or muerte, with 70% to victory.

But you allow yourself more options than me, especially if you are not so optimistic: will the future be rosy, utopian, dystopian, a middle ground or will we die out?

Michio Kaku thinks that if we manage to pass unscathed this century is done. And you? 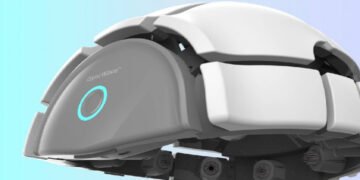