A piece of modern design in full Renaissance: the incredible project of a bridge over Istanbul by Leonardo Da Vinci was created and tested by MIT

di Gianluca Riccio
in concepts, The future of yesterday
Share78Pin10Tweet28SendShare8ShareShare6 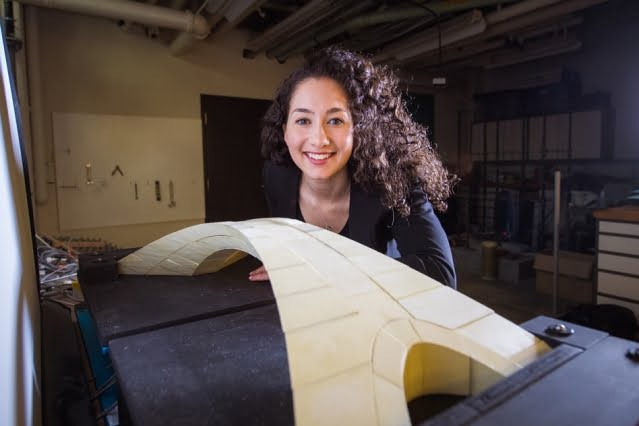 In 1502 the Sultan Bayezid II called "the Wise" sent the equivalent of a public tender to the Renaissance world for the design of a bridge connecting Istanbul with nearby Galata (today it is part of the metropolis).

Leonardo da Vinci, artist and inventor already at the height of his success, came up with the incredible design of a bridge which he took care to illustrate to the Sultan in a letter that also contained some sketches of the construction.

Unfortunately, the order was entrusted to others: a pity, it would have been the longest bridge of the time, and by far the most futuristic.

More than 500 years after Leonardo's death, MIT has recovered those drawings and started studying them.

A mixed team of professors and civil engineering students analyzed drawings and documentation, construction materials, methods of the time and geology of the places (the bridge would have been built in the area known as the “golden horn”).

In this test phase, the team created a scale model to evaluate the flexibility, the scope of the structure and the solidity of the foundation.

The aim is to understand if in case of acceptance by the Sultan the bridge would have had a hope of being truly completed.

Leonardo's bridge analysis will be presented this weekend in Barcelona, ​​at the Conference of the International Association for Shell and Spatial Structures. Here is the preview paper.

At the time of Leonardo Da Vinci almost all brick bridges were built using semicircular arches: for a long bridge like the one commissioned, the construction would have required more than 10 spans. The concept behind Leonardo's design was centuries ahead, and totally different: a single, huge arch high enough to let even the ships below him pass.

We are talking about a bridge almost 300 meters long (more or less: at the time not even the metric system had yet been invented). It is 10 times the length of the bridges of the time.

In his notebooks as well as in the letter to the Sultan, Leonardo did not provide details on the materials that would be used, nor on the method of construction.

Karly Bast, head of research at MIT, with his team analyzed the materials of the time and concluded that the bridge could only have been made of stone: wood and brick would not have held up. Most importantly, the system could have held itself up by simply “fitting” the stones together, without the need for other adhesives.

To prove their theory, the researchers developed a model from the blocks needed to compose it. The result was a bridge in 1: 500 scale, consisting of 126 blocks printed individually with a 3D printer (about 6 hours per block).

"It took a long time, but 3D printing allowed us to accurately recreate the complex structure of the bridge," says the Bast.

When it was time to fit the last of the blocks and then remove the scaffolding, the team had some concerns about the structure's strength.

Yet Leonardo, power of geometry, was right once again: the bridge would also have perfectly withstood the stresses of a seismic zone such as that on the Bosporus.

The mystery of an incredible mind

Leonardo Da Vinci's fascination increases with the years rather than decreasing. A man who seemed to have visited the future in advance, with the will to bring it to fruition in advance of centuries.

How long did it take to conceive this bridge? Was it a few minutes' sketch or did it take longer? The papers of the time do not reveal it.

But it would have been a bridge much longer than the 300 meters that would have made it, one of the bridges of the future: a leap forward for architecture, a piece of modern design in the Renaissance. 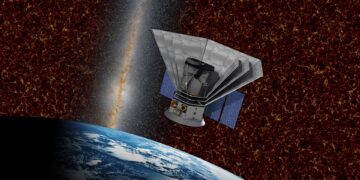 Telescope Time: While waiting for the James Webb to take off, it's already approval time for SPHEREx, the ...