Hövding 3 is in its third generation, and uses 200 sensors to detect the cyclist's position in real time and "burst" in the event of a fall 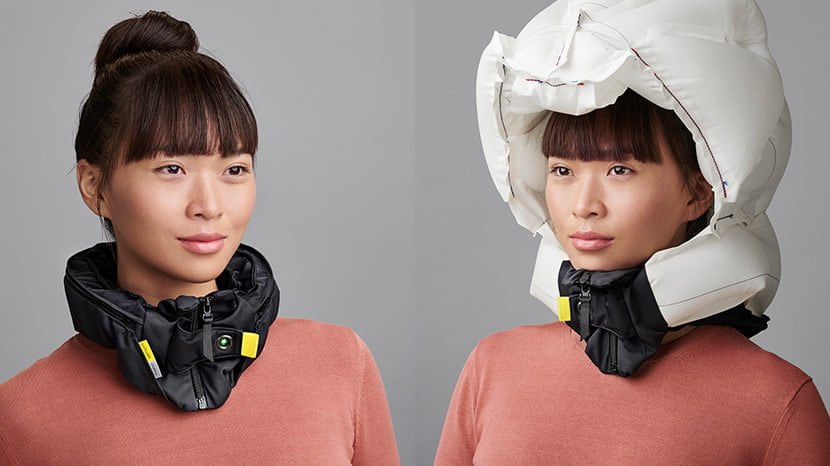 hövding, Swedish manufacturer of helmets for 2-wheeled vehicles has unveiled the third generation of its airbag which offers protection never seen before.

It is a real airbag for the 2 wheels in the form of a collar that inflates in the event of a fall.

Check out the video to see Hövding 3 in action: just like in a car, the collar creates a soft cushion that wraps and protects the cyclist's head.

The exponential growth (and thank goodness) of electric bikes and other hybrid means of transport also multiplies the risk of falls: hence the need to technologically adapt the safety devices too.

The Hövding 3 inflates in 0.1 seconds and forms a protective barrier. Sensors in the collar monitor the rider's movements 200 times per second, and in the event of very sudden movements the airbag inflates instantly.

As you can imagine, the system has its own "companion" app which connects it through your iOS or Android smartphone. Usage time, stress received, state of wear, even any malfunctions: everything will be within display.

The Hövding 3 system is available on the Official site of the Swedish company at a price that is around 300 euros. The response to the launch was excellent: more than 185.000 centaurs have already purchased the helmet in the first weeks of launch.

Silicon Valley is the religious capital of the tech cult: its spiritual leaders pursue eternal life, but it's for ...