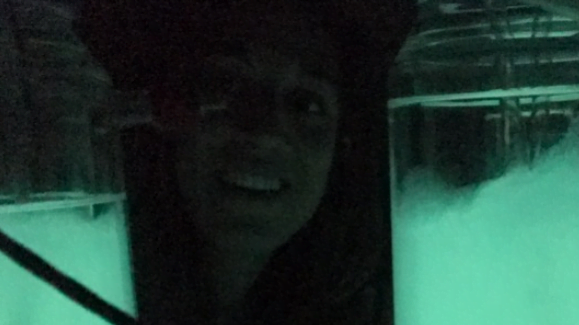 To participate in a student design contest, the then 23 year old Sandra Rey he found himself watching videos on YouTube about sea creatures. Among these, some endowed with bioluminescence produced in their passage a thin luminous halo.

Rey has since set out to replicate this natural technology and today, 5 years after that episode, she was born glow, the startup that creates luminescent installations for public spaces and hotels.

Sandra admits that her creation is unlikely to supplant the living room lights or car lights, but she hopes to create enough light. How much? Enough to play a role in the mix of light that helps the world reduce its dependence on electricity, at least from the "insane" one born from non-renewable sources.

At the beginning of her research, Sandra Ray says she often worked in complete darkness to be able to distinguish a very faint glow, indistinguishable otherwise.

Like the photographers of the last century, in his "dark room" he waited 10 to 15 minutes for a little faint light to be produced. Today it gets much more flattering results, and there is still room for improvement.

One of the first investors to help Sandra was Cyprien Comarmond, CEO of a construction company and today also a member of the Glowee board.

"Glowee can have a huge impact on the environment," says Cyprien. “Creating light without electricity means less nuclear and coal pollution. We reduce the environmental impact with natural substances. And we create atmosphere, too! "

Bioluminescence can be a valid option: fighting global warming by reducing the use of limited resources, waste and pollution is not bad.

Despite the over 10.000 units already sold (mainly in hotels and spas, due to the very relaxing light produced) Glowee is not yet profitable, and the company also finances itself by setting up art installations for events.

Within the next 3 years, Rey hopes to produce a light strong enough to also provide outdoor lighting for the night, or for urban furnishings, also capable of reducing the light pollution of our cities.

Glowee light comes from marine bacteria that emit it naturally. These are living organisms, which is why they need maintenance in some ways vaguely similar to that of an aquarium.

What about the switch?

There is. The light can be regulated: with a small device, the bacteria are deprived of oxygen (do not worry, they fall asleep but do not die) and without oxygen the light goes out. Is oxygen replaced? The light comes back on.

Glowee light can supplant in some environments both classic and LED. For example, imagine a bedroom with entire bright walls that can provide artistic beauty and the soft night light needed.

As said, Glowee is not yet in surplus but with over 4 million euros raised it survives very well. It counts on over 800 small investors who have bet on the company through a crowdfunding platform. A big investor willing to take Glowee to the next level wouldn't hurt, though.

It could be an investment with a very bright future. 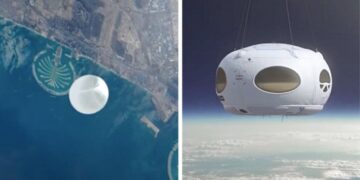 Test with humanoid robot on board for the new vehicle for space tourism: Bloon, a helium balloon for ...