The goal of ARMI, the new creation of Dean Kamen, is ambitious: an "organ factory" that creates tissues and organs through biofabrication.

Dean Kamen, the inventor of the Segway, has definitely changed his core business and today he is the person who could revolutionize the world of medicine. Tough challenge, but he has several “partners” at his side: the US Department of Defense, the National Institute of Technology (NIST) and the Institute of Electrical and Electronics Engineers (IEEE).

The goal of WEAPONS, the new creation of Dean Kamen, is ambitious: to create an "organ factory". An industry capable of making all sorts of tissues and organs including lungs, liver and kidneys, in a process known as biofabrication. Consider that there are more than 200.000 people in the world waiting for an organ (in the USA alone almost 120.000), and many die every day waiting for a transplant, and you will understand that the goal is very important for "the inventor".

Our perspective is to do things that in the last generations seemed like science fiction. Cloning, bionic man. Today they are reality.

Kamen's is not a scientist: he is an all-round inventor. It is known for creating the famous Segway Uno means of locomotion, but it has also created an innovative system for dispensing drugs for diabetics. Many of his creations of crazy utility are not yet on the market due to the lack of support infrastructure. For this before realizing WEAPONS, (Advanced Regenerative Manufacturing Institute) has ensured that it has funds and a robust headquarters: in Manchester, New Hampshire.

"We are learning how to make organs in real time," announces. “We are betting that the scientific community can achieve this with technologies that we have already developed”.

He's not a doctor either, but he has vision to sell

"I don't know anything about regenerative medicine," says Came. “I am not a doctor, nor a biologist, nor a biochemist. Someone else has supervisory skills and duties, and follows this process. I will add engineering discipline in many stages of the process, to the extent of bringing organs 'manufactured' here into the human body. "

ARMI is the first company of its kind. Others focus not on biofabrication The Defense Department financed the project with 80 million euros, tying the expenditure not to research, but to the construction of the infrastructure. For research, they said, Kamen would have to make do by asking for money from the private sector.

He did it. He collected 214, of millions, from Rockwell Automation and other companies with which he regularly collaborates.

From the same companies that have financed him and who have collaborated with him for years, Dean Kamen has drawn several experts who make up the ARMI team. Rockwell CEO Blake Morett is part of the management. Other experts come from Harvard and Stanford.

The milestone is important and time consuming, but ARMI has assured the Department of Defense that within 5 years it will have the ability to make the first organs essential to the survival of people awaiting transplantation on a significant scale.

"We'll probably start with bone and cartilage," says Dean Kamen. “In the medium term we will have heart, liver and more. In the long term, more complex things like those that relate to the nervous system, or to the muscles. " 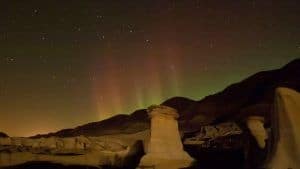 In three ancient documents mention is explicitly made of auroral phenomena: the great solar storm of 660 BC is the ...