Some breeders counter the shortage of animals by raising larger ones. And when I say "big" I mean "abnormally big". Giant pigs. 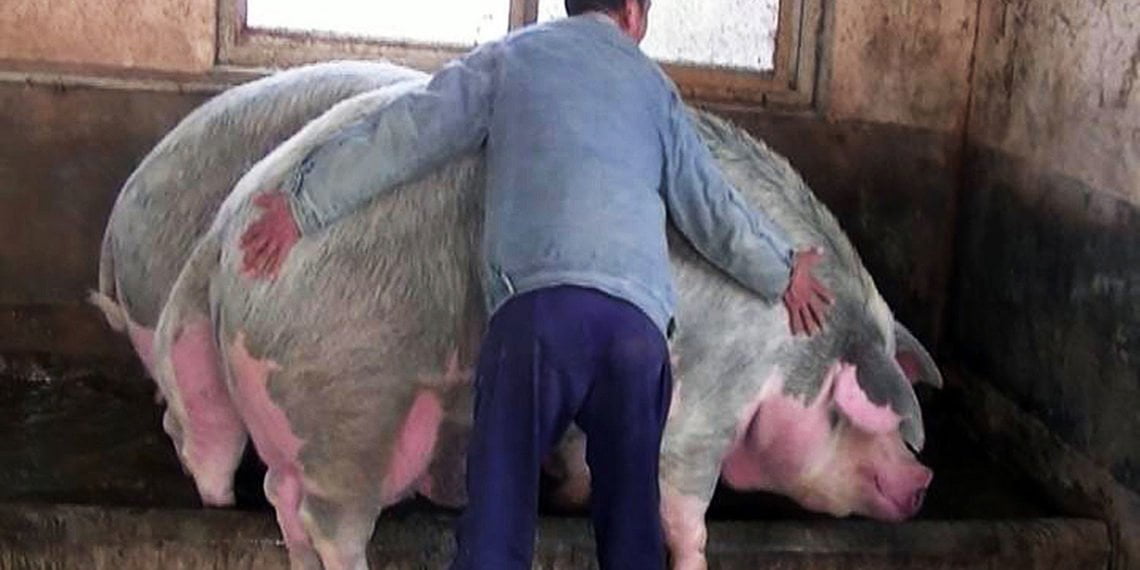 Some Chinese pig farmers are "producing" giant pig breeds as the country faces shortages of livestock.

Much like in the Netflix movie a while ago, “Okja,” in which a company selected a particular huge animal species to maximize profits, some breeders counteract the shortage of animals by raising more and larger ones. And when I say "big" I mean "big in a more than suspicious way". A Chinese pig is something abnormal. Chinese breeds appear to be now composed only of giant pigs.

In Nanning, the capital of Guangxi province, a farmer raised pigs weighing over 500 kilos and as big as polar bears. Oh my God, I shivered: think if the Chinese started to raise giant bears. How do you say goodbye in Chinese?

Bloomberg reports that the abnormal pigs are sold at a price of around 10.000 yuan (roughly € 1300). It is more than three times the average Chinese salary in the province.

How much it grows

Adult pigs usually grow to a large weight range of 130 to 300 pounds. All breeds of pigs include variants with large, very large pigs. The "record" giant pig on the planet? In America: his name is Big Bill. No, it's not a political allusion, there are no cigars involved, I'm talking about pigs. The big pig raised in Jackson, Tennessee was truly the largest pig in the world. It weighed over 1100 pounds. The chronicles of the last century have it that Big Bill was shot down before his trip to the 1933 Chicago World Exposition, because his legs broke under his weight. And the micro pigs? There too China has been dictating the law for some time, but that's another story.

Many oversized pigs follow the same fate of medical complications. In 2004 another beef pig that became an exhibition pig, a giant “champion” weight pig, this time from China, died from lack of mobility due to the more than 800 kilos it carried.

How are pigs of this type raised, or rather: how do they reduce them to this state? Are they like this also from piglets, perhaps from the pregnancy of the sow, or do they suffer an acceleration?

Giant Nanning pigs are raised for slaughter - from small farmers to large corporations, everyone needs more meat and uses heavy equipment. The decline in livestock due to the swine flu, which is decimating pigs across Asia, must be countered.

La China it is the world's largest consumer of pork (and I challenge, with these micro pigs): it alone eats more than half the meat pigs of the world total.

Not just for money

Small breeders and large companies try to increase the weight of their animals for two reasons. The first, the profit: an increase in the average weight of 14% produces a profit of 30%.

The second: the Chinese government. The authorities have warned that in the first half of 2020, farmers will have to "sacrifice" up to 10 million tons of livestock, and several breeds of pigs to make up for the shortages.

The sacrifice will result in the deaths of between 250 and 350 million Chinese pigs. Among the breeders, however, there is a widespread fear that the contagion is not extinguished, and that starting over with normal farming leads to a new mass culling, with the loss of all investments. Hence the hunt for the creation of the "super pig". 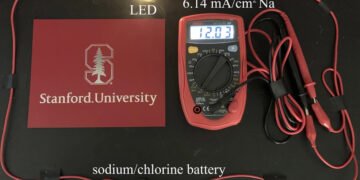 Finally rechargeable, finally stable: at Stanford they "solve" the problems of the chlorine battery: a great energy shot.