Plastic roads have a structure four times lighter than asphalt, they mount like a LEGO and turn waste into recyclable resources. 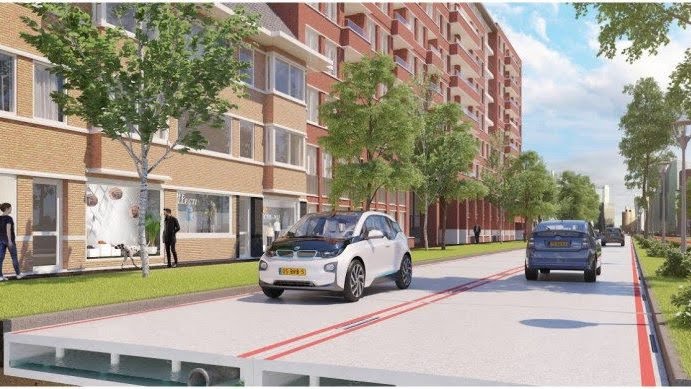 The Smart City concept is evolving more and more to change the way we live, work and move in everyday life. One of the countries most committed to experimenting with smart city solutions is Holland.

Among the many startups at stake there is PlasticRoad. The name already says it all, it is a company that uses disposable waste to build plastic roads.

Plastic: from pollution to smart roads

We know well how plastic waste is a very serious problem that damages the environment and all species of the planet: over 40 species of fish ingest plastic that also ends up on our tables. In the oceans there are floating islands made of waste.

Packaging alone generates 141 million tons of plastic waste every year, almost half of the total.

The unique and innovative concept of building roads made of plastic can help solve more problems in one fell swoop. It will be able to stimulate the reclamation of pollution, the recycling of a complex material to be degraded and the technological adaptation necessary for the roads of the future.

The asphalt will not hold up

The growing demand for more functionality on the roads raises the question that asphalt is no longer the ideal material for roads like modern ones.

If we trace the identikit of a road of the future that is more long-lived, cheaper, quick to build, easy to manage, sustainable, with greater acoustic insulation, what comes out looks very similar to a road made of plastic.

Zwolle is a city just an hour by train from Amsterdam. It has both a historical and fashionable vocation, a very interesting mix of past and future, between the local market and the works of Van Gogh and Mondrian kept in its museums.

It is in Zwolle that the first plastic road prototype came to life.

The first internal test section was built in 2016. For over a year, cars and vans passed through it without difficulty.

Two years later, the first public and official stretch: exactly on 11 September 2018, a 30-meter cycle path was installed with the definitive plastic road model. Solid material, space for internal services and cables, rain flow management, sensors for the collection of all sorts of data.

Here is a video of the installation:

After the success of the first official section, a second section was installed 8 months ago in the city of Giethoorn. In this case the stretch served to test the yield of the system on different types of terrain.

PlasticRoads plans to build more cycling routes, pedestrian areas and parking lots throughout Holland. In the future, even motorways made entirely of plastic.

In the future, disposable plastic will be a forgotten thing. Today, consumers use 500 billion plastic bags. Every year. 75% of this plastic ends up in landfills, without returning to circulation.

It takes 10 to 1000 years to decompose a single disposable plastic bag. Plastic bottles take at least 450 years. Think about how much mineral water you have already drunk in life. Know that it is still around, still in that form, to defile the planet, and it will do so for centuries even when you are no longer there.

PlasticRoad's goal is to create roads made of 100% recycled plastic and make them completely reusable, as required by the principles of the circular economy.

The plastic road has a prefabricated structure four times lighter than traditional asphalt, and can be made almost like a LEGO.

For this reason also i construction times are much faster and the average life of the structure is three times longer. Also the maintenance is simpler: the material is practically immune to water and weeds.

Double use of space. The cavity can be used to store waste water or to house pipes and cables.

Everything can be prefabricated and assembled in one go, also road signs.

It is scalable. Like a mobile phone, the plastic road can incorporate innovations and different functions (from traffic sensors to solar-powered heating).

PlasticRoad is an innovative concept that can change the entire plastic recycling system and current production techniques to make cities more liveable and cleaner. 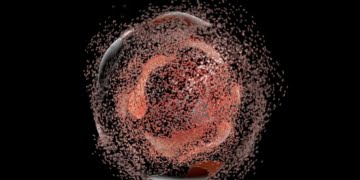 An out-of-control inflammatory process called pyrotosis that causes malaise and cell death can be reversed.