Thanks to its technology, SABER can bring the plane to Mach 5.4 (6.300 km per hour) for commercial flights. It is five times the speed of sound. 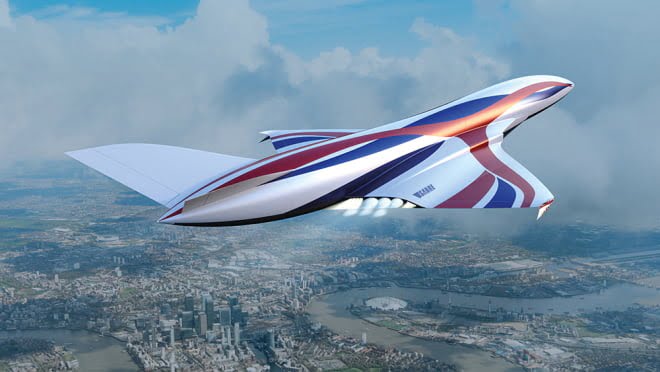 The British Space Agency has unveiled its plans for a kind of "space plane" capable of flying at breakneck speed, a plane of the future that could cross the skies by 2030.

All thanks to a new supersonic aircraft that makes use of a super engine, the SABER (Synergetic Air-Breathing Rocket Engine), currently developed by the scientists of Reaction Engines. Thanks to hydrogen as fuel and a mixture of air and oxygen as comburent, SABER is able to bring an airplane at a speed of Mach 5.4 (6.300 km / h) for commercial flights. That's nearly five times the speed of sound, making it the fastest jet in the world. We have seen some of the planes of the future, but this beats them all.

British Space Agency CEO Graham Turnock announced that the UK should work more closely with Australia on the world's first 'space bridge'. An agreement to send supersonic planes carrying passengers from one continent to another in just 4 hours, and on the specific London-New York route in a record time of 60 minutes. In any weather under 7 saber hours it would be the fastest plane in the world. I dare not think about the London Italy route.

And that's not all: in suborbital flight attitude it is a super-fast aircraft: Mach 25, the equivalent of 30.500 km per hour.

Not only: the propulsion system and the cutting of flight times make the saber plane even more economical and ecological than current flights.

One of the major challenges of hypersonic flight is to ensure the system the ability to manage super heat: a temperature that can melt the engine in a short time at that speed.

SABER cools the air with thin tubes of icy helium, and uses the captured heat to power the engine.

"Our cooler captures the air surrounding the aircraft and reaches 1000 degrees centigrade, and cools it down to zero degrees in one twentieth of a second," says Shaun Driscoll by Reaction Engines.

The history of superfast planes is wide and articulated: it has been a long time since a new plane (in that case it was also the first) was going at 15km / h.

There have been many attempts to reach the current 11.700km per hour, reached by the X-43 hydrogen plane which is currently the fastest plane in the world. The planes of the future will outperform these results, being able to count on an ever wider range of energy. Civilian or military, they will be ultrasonic aircraft (at least) like the Overture airplane, the prototype of the Boom Sonic that raised $ 100 million in funding in January 2019, or sometimes suborbital like the SpaceX under development by Elon Musk. Mass supersonic flight is only in its infancy.

From words to deeds

Among the supersonic aircraft of the future, the copper Saber project is undoubtedly the most relevant, light years ahead of any airliner. It looks like a frontier project, the new supersonic aircraft is already quite advanced. Last April, the Oxfordshire-based company announced successful cooling system tests. It is the core of all technology, and without it nothing could be done.

The conditions currently exceeded are from Mach 3.3. It is 50% faster than the Concorde, the supersonic jet which flew from London to New York in three and a half hours and was decommissioned in 2003 after a catastrophic accident that killed 109 passengers.

Mach 3.3 is also the speed of the Lockheed SR-71 Blackbird, the fastest jet ever made.

Reaction Engines will continue to test the separate engine components and the system that will form the core of the aircraft on each future aircraft. The tests are numerous and will focus from next year until 2026.

The first commercial flights of the world's fastest airliner are expected in the early 2030s, although the price is not yet known. The UK government has already invested $ 73 million in the SABER engine, with three separate orders for the future aircraft from Rolls Royce, BAE Systems and Boeing. 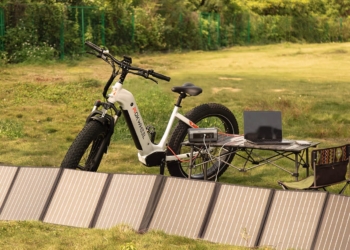 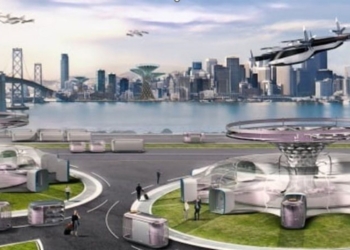 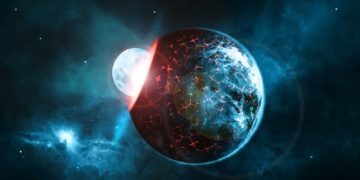 Billions of years ago a planet called Theia hit the Earth and lost a piece. It's a cosmological thesis, and today ...