"I don't think I'm doing anything special. Zero-waste? I've only recovered good practices that the company has forgotten for 50 years." 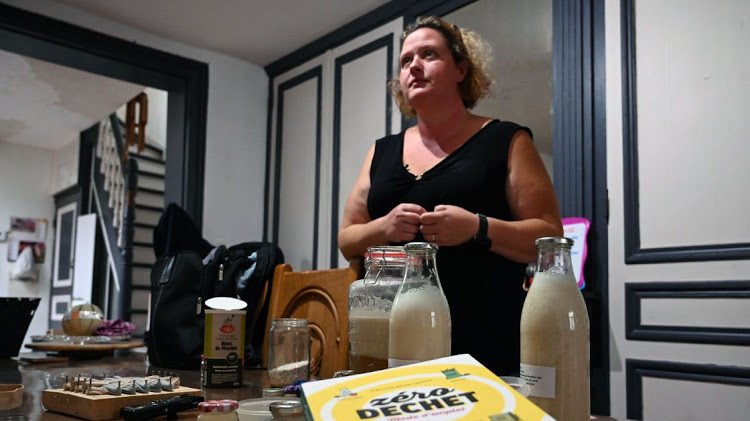 In his home in Roubaix, a former industrial center in Northern France today considered the poorest French city, the lady Magdalene Deleporte he is running out of his homemade deodorant.

"It's fast and very simple," he says, showing his recipe based on coconut oil, flour and a few drops of a fragrant oil of his choice. "It takes me 5 minutes: it is left to dissolve in water and is ready," the XNUMX-year-old, a nurse by profession, today has become an expert in zero-waste, tells the France Press agency.

And that's not all: Magdalene also produces liquid dish soap, shampoo, toothpaste, yogurt and cosmetics on its own. He divides the products into as many containers that he keeps as those that can be bought at the hypermarket. "Here at home we save around 150 euros a month, which is not cheap," He says. And he's right.

The Deleportas are only one of the 500 families in Roubaix who have entered a zero-waste project with the medium-term goal of saving the planet, saving their wallet in the short term.

Roubaix, the town on the border with Belgium that you may know for being the arrival stage of a classic cycling race that starts from Paris, is not in good shape. It has high unemployment rates and many of its 100.000 residents live in social housing. Numerous studies (including a rather detailed one from the Insee statistics office) identify it as the most economically depressed community in France.

5 years ago the City Council launched an initiative to help families change their habits in order to live with less waste, encouraging the recycling of recyclable products and the reuse of non-recyclable ones.

Participating citizens receive invitations to workshops that teach how to use useful products and accessories well as tables to fill in to keep an eye on expenses or scales to weigh waste (I swear) and take into account improvements in product management.

Magdalene Deleporte was one of the first volunteers. A bottle of his homemade shampoo costs around one euro per liter and lasts just over a month. Her toothpaste is made with mint oil, and she uses old clothes cut for the purpose as kitchen sponges.

Glass is the master in the kitchen, replacing any plastic counterpart. "I waste more time washing them, but at least I know what's inside," He says. The zero-waste lifestyle has made her more attentive to the environment and the quality of life of her two children.

For them only the best: savings do not exclude that Chloe, 9 years old and Manon, 6 years old always have fresh products made from natural raw materials, other than chemical.

I think I don't do anything special. I only recovered some good practice that the company forgot somewhere 50 years ago.

According to the World Resources Institute an equivalent of € 750 billion in food is lost or thrown out of the production and distribution chain each year. A loss that is also doing enormous damage to the environment, contributing significantly to harmful emissions. Disposable waste (which today we are trying to relocate with interesting projects such as that of plastic roads o of 3D printing) pollute water and earth.

In Sub-Saharan Africa, the World Bank has calculated that reducing waste by 1% (one percent) would bring economic gains of around 40 million euros per year.

Roubaix is ​​the story we all love, let's face it. The story of a poor Cinderella who becomes a splendid princess: here, maybe not immediately, but today official delegations from abroad arrive in the city to learn from this experience. Even tourism benefits.

"We have halved the waste in the homes of the project participants," says the mayor proudly Guillaume Delbar. "In some homes up to 80%". The zero-waste project has a tangible effect on purchasing power: some families can save up to 3000 euros in a year.

Over 50 shops and bars in the city schools are among the latest to join the program. The teacher Abigayil Schnunt she was skeptical, and before being involved 8 months ago she thought that a zero-waste lifestyle was too complicated to follow.

"Now I realize that it doesn't take more time, just different routines," says Abigayil, who has changed habits for the well-being of his and his three children. Smaller sizes of products, purchases from nearby merchants without going to supermarkets, envelopes and glass containers brought from home are among the small measures adopted. “Sometimes the price per kilo is higher, but you eat better and buy better”.

Crossing the world on a sailing boat to sensitize people is a noble intent, but if you want to know what to do in concrete, take a walk in Roubaix.

Abigayl says it produces less waste because it thinks more before buying. I am not wrong. He discovered the secret to a better future. 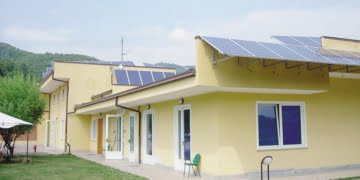