APT 70 is the largest cargo drone to take flight: 1 meter and 80 in length, 2 meters and 70 in width. And you will see bigger ones. Much bigger. 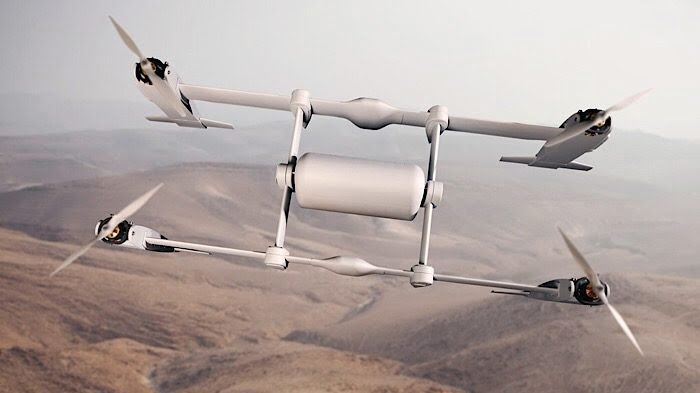 The autonomous and electric drone APT 70 can carry up to 35kg and fly for 60km at a speed of 120km per hour.

A few words to describe the characteristics of the cargo drone that Bell is testing and then introduce to commercial flights next year.

The first flight of the APT 70 dates back to 9 months ago: after an infinite number of hours of flight with a remote control, it started flying autonomously for three weeks.

Everything is bigger in Texas

Apparently the rule does not apply only to steaks and cowboy hats: this vertical take-off with four take-off proves it.

APT 70 is the largest commercial cargo drone to take to the skies: 1 weather and 80cm long, 2 meters and 70cm wide. The weight is also considerable: 136kg, with at least 30kg additional in two slots in the wings.

"When people think of drones, they always imagine those light and cute aircraft," he says not without irony Scott Drennan, Vice President of Bell's Engineering Division.

Drennan also takes care of drone sector, with the commercial version for freight transport and the "taxi" version for passenger transport. "When you are dealing with reality, however, the most useful transport is the one that carries the greatest weight," He concludes. And it is not wrong.

This drone dude has, as mentioned, 4 engines that can be set up vertically for comfortable take-off, then go horizontally for flight. All while maintaining an enviable maneuverability, of course.

Its "broad shoulders" will allow it to carry a heavier load, or more loads to be delivered in scheduled stages before returning to base.

The future is giant

The road seems traced: the company claims that the platform on which it built its APT 70 is fully scalable, and can go well beyond the current 35kg load.

Hold fast: in the design phase there is an APT 880, a monster capable of carrying 400kg of cargo in the skies.

Nice, huh? Rather Bell. Now I leave you, there is the drone that is landing with the piano I ordered yesterday. 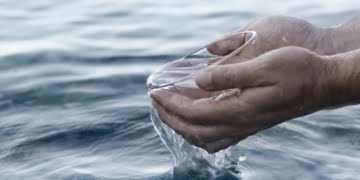 Water covers most of the planet but is full of salt: it is difficult to make it drinkable. Graphene today (we all know ...