Atomic gardens? Simple: plant metal bars loaded with isotopes in the middle of the garden, expose it to radiation and mute the DNA of the plants. Nice, huh?

di Gianluca Riccio
in The future of yesterday
Share41Pin8Tweet23SendShare6ShareShare5 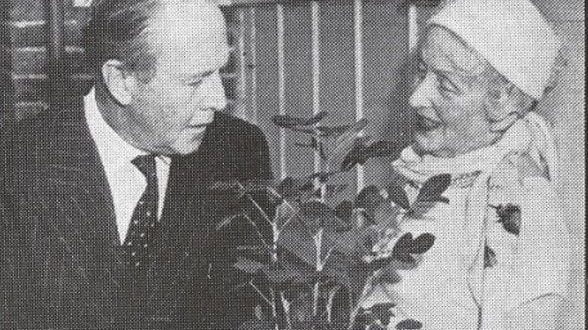 The word 'nuclear' has a bad reputation, and for good reason. If you know the history, you know well that atomic bombs killed hundreds of thousands of people even decades after their use during the Second World War, or you will remember the nuclear arms race between the US and the USSR, or the Chernobyl disasters. and Fukushima.

Between the 50s and 60s, however, the American government tried to change the reputation of thenuclear energy launching a program called “Atoms for Peace”, “Atoms for Peace”. One of the communication strategies based on editorial with a friendly and positive tone was the theme of “gamma gardens”, or atomic gardens. In short, nuclear energy used to grow more beautiful and lush mutant plants.

Hope arose from a not at all certain assumption: that mutations were beneficial. In the optimistic vision of the time, thanks to the radiation the plants would have grown faster, without fear of cold or parasites. They would have produced bigger and more colorful fruit, and all would have turned out for the best.

The mechanism of atomic gardens was simple: the radiation came from a metal bar loaded with radioactive isotopes. By planting this bar in the center of the garden and exposing it to its silent rays, the DNA of all plants would have changed.

If the thing TODAY seems crazy enough, consider that atomic test gardens were also built. Some even 2 hectares large, all nicely irradiated.

Put the atom in your garden!

In 1959, on the other side of the Atlantic in the UK, a woman named Muriel Howorth started the Atomic Gardening Company, publishing a beautiful book that explained to everyone how a beautiful green garden could be grown with nuclear energy. . Between photos of mutant plants and practical guides, the atomic gardens were starting to meet the mass.

For apologists for the phenomenon, the charm of the atomic garden was that it could bring so much food to a society still recovering after the war. The obsession with this "green" development led Howorth to even write to Albert Einstein to ask him to sponsor his initiative, as reported in a paper published in British Journal for the History of Science.

Unfortunately, and in spite of Mrs. Howorth, enthusiasm for the atomic gardens did not find large correspondences among the growers, who, although they made an effort, did not obtain a perception of health and positivity by observing the mutant plants. However, the practice has not been abandoned: some plants, such as these black beans or this variety of begonias they are obtained by irradiating pots and soils. In Japan there is even an institute, theJapanese Institute of Irradiated Cultivation who adopts these techniques. When it is said to have Stockholm Syndrome.

The debate on the effects of radiation on plants is rather controversial, today more than yesterday, but it is interesting to reread this news because it teaches us a lot about how attitudes change with the years. 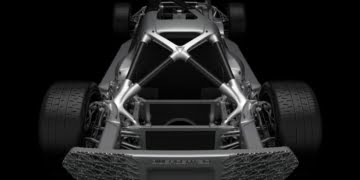 In just a few years, 3D printing has leapt beyond the embryonic stage and has already started to move rapidly ...