The quantity of fresh water is enormous, incalculable: it originates from a depth of 1km, but its underground extent is still unknown. 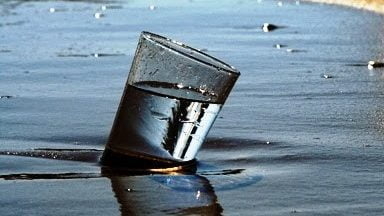 A research team has found fresh water in two underwater canyons near the Lofoten archipelago.

"The surprise of seeing fresh water coming out directly from the seabed was truly remarkable," says the marine geologist Wei-Li Hong, member of the study group.

A remotely piloted submarine from a research vessel collected and analyzed the water in 2017. A sort of leak seemed to originate from a pocket of fresh water present under the seabed and no one gave it much weight until an almost discovery fortuitous.

The gifts of the ice age

“A group of fishermen told us that they have obtained fresh water from the sea, so pure that they can make coffee. In the Nordbreigrunnen area, a few kilometers from the village of Meløy, " adds Hong.

A phenomenon that originated in the last glaciation. The "blanket" of ice that wrapped Norway up melted and ended up also under the earth's crust, ending down with such force as to fill the underground cracks forming real lakes.

“A geological process that began millions of years ago, when water was trapped under the sediments. Now it finds ways out through the cracks in the subsoil and returns to the surface, " explains the researcher.

The amount of water is incalculable, and originates from a kilometer deep, but its underground extent is still unknown.

The Norwegian one is not an isolated case. The discovery follows what scientists from Columbia University and the Oceanographic Institute of Woods Hole in Massachusetts made in June. A huge freshwater spring also lies beneath the Atlantic ocean, along the east coast of the United States.

"It's a phenomenon identical to the Norwegian one," comments the marine geologist Jochen Knies, project manager involved in the research.

The aquifer of the Atlantic Ocean stretches along the coast from the southern limit of New Jersey to northern Massachusetts. According to CNN, scientists estimate the basin contains enough water to fill 1.2 billion Olympic-sized swimming pools. It is the largest underwater aquifer found on the planet so far.

Discoveries such as those in the USA and Norway will certainly not solve the global water crisis, but they suggest the possibility that drinking water resources are almost everywhere in the world, looking only for discoverers.

"Even in apparently arid areas there is a strong possibility that there are water resources in underground or underwater pockets," says Knies.

It would be enough to stop looking for oil and start drilling in search of water. 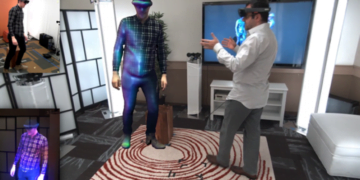 This is not a real teleport, but almost. Microsoft has announced to the world that it has created Holoportation: ...