For those who still wonder what served to go to the Moon, here are 10 pieces of modern technology born directly from the Apollo mission.

di Gianluca Riccio
in The future of yesterday, Spazio, Technology
Share55Pin14Tweet34SendShare10ShareShare7
⚪ Reads in 7 minutes
A A

You may have heard of freeze-dried food for Apollo astronauts to eat, and there is even a “space ice cream” developed by NASA and never used. Another invention believed to be of space origin is Teflon, but it is fake news. In short, there is a lot of confusion about what has become common after the first use on the moon.

I clarify with 10 pieces of modern technology certainly born from the Apollo mission (for those who still wondered what it was for to go to the Moon).

The contribution of the NASA the development and dissemination of this 1961 invention was formidable. Black & Decker joined the Apollo program by developing a cordless drill for use on a mission. The goal was to extract moon rock samples, and there aren't many electrical outlets on the moon. In addition to the ability to operate without wires, the “space” drill was able to withstand high temperatures and the absence of an atmosphere. Immediately after development, Black & Decker strived for a "civilized" version of the technology, and extended the number of cordless tools with screwdrivers and more. The special battery created for the mission also found use in advanced medical devices that improved the lives of patients and the work of surgeons.

Fire is the worst enemy of space missions, because it develops in pressurized environments saturated with oxygen and crucial to the life of astronauts. The first fires in the Apollo 1 cabin in 1967 cost the lives of 3 crew members. To prevent other such incidents, NASA commissioned the development of special materials to line both the spacecraft and the astronauts' clothing. Monsanto, a well-known company of Biotech now known for less noble reasons, he developed a fabric called Durette, which was chemically made fireproof. He also contributed to the creation of a breathing system (mask, tank and harness) much lighter and more wearable than the previous ones. Both elements form the basis of modern firefighters' equipment, which protects them from both fire and smoke inhalation.

Ever heard of "moon boots"? The footwear developed for the astronauts' moonwalk had to excel in shock absorption, and ensure stability and freedom of movement to prevent astronauts from falling. Al Gross, an engineer with the Apollo program, realized almost immediately that the innovative design of those shoes could improve sneakers here on Earth.

Gross's idea was to replace the classic plastic on the sneaker sole with a latex foam able to better cushion walking or running. The addition of a small "compression chamber" around the foam base served to prevent rapid deterioration and provide stability. Two measures that required meticulous development: the Aerospace engineer Frank Rudy proposed them to Nike: it was the dawn of a new shoe.

Solar panels entered people's minds from the first use back in 1958 aboard the two probes Pioneer 1 and Explorer 6, which photographed the earth for the first time from space in 1959. However, it was with the use in the Apollo mission that L'Photovoltaics became a known and viable option. Clearly the first solar cells (developed by Spectrolab, a company still active today for the solar of spacecraft) were large and very uncomfortable. It is no coincidence that Buzz Aldrin had difficulty in placing one of the two planned on the lunar soil.

The first solar cells, needless to say, were much less efficient than the current ones and had a very short life: just one month. But it was the beginning of a great journey that today is preparing the ground for a planet without fossil fuels.

To provide drinking water to astronauts on a mission, NASA needed a water filtration and recycling system, so they contacted the Marquardt Corporation to develop a seawater desalination system (even though it wasn't seawater. that had to be desalinated, eh eh). In the course of the project, the researchers also figured out how to improve the filtering method, and this method is the basis of dialysis today. Thanks to those studies, home machines that practice dialysis no longer need to be connected to the water supply or tap, giving patients greater freedom of movement and improving their quality of life.

In the mid-60s, on the eve of the Apollo program which included the moon landing, NASA developed a method to process images made on the moon and improve their rendering. The aim was to capture even the smallest details, and the nuances otherwise difficult to capture.

The method for processing images is used today in many fields, especially in the medical field: it is the basis of the image capture process carried out with MRI, with CT, with radiography and whoever has more. Earth diagnostics thanks :)

The thin metal covers that appear to be made of aluminum foil for food, and that you often see covering the shoulders of people in emergency conditions, come directly from research for the Apollo program.

NASA was looking for a way to protect delicate electronic instruments from space radiation without adding too much weight to the load. For this reason, he developed his aluminum sheet protections with Mylar to shield both instruments and astronauts.

9 Retractable roofs of the stadiums

The NRG stadium, home of the Houston Texas team, was the first American football stadium to boast a retractable roof (it was already in 2001). The special fabric roof can be opened and closed very quickly: it is lighter and more resistant than steel.

10 Tires of the future

There is also a technology born from the Apollo program that has not yet paid off and promises to hatch them for us in the near future. These are the tires of the future, the Superelastics, developed as an alternative to traditional ones. These are tires developed by the Glenn Research Center and Goodyear and directly inspired by those used on the Lunar Rover in the latest Apollo missions.

They are not made of rubber, but of shape memory foam: they can deform up to 10% and then resume their original shape. What does it mean? It means that they can withstand many more stresses and impacts without being damaged, and require no inflation.

They will equip the cars of the future (goodbye punctures) and the rescue vehicles that often find themselves operating on difficult terrain.

For this reason, in celebrating the 50 years of this lunar mission and waiting for the next ones, every time you put on your shoes or use the vacuum cleaner, raise your eyes to the sky and send a kiss to the Moon. 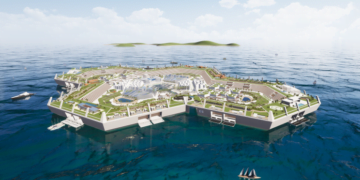