Rev-1 moves quickly on 3 wheels instead of 4 or 6 like others. By doing without laser scanners, this delivery robot reaches a formidable price. 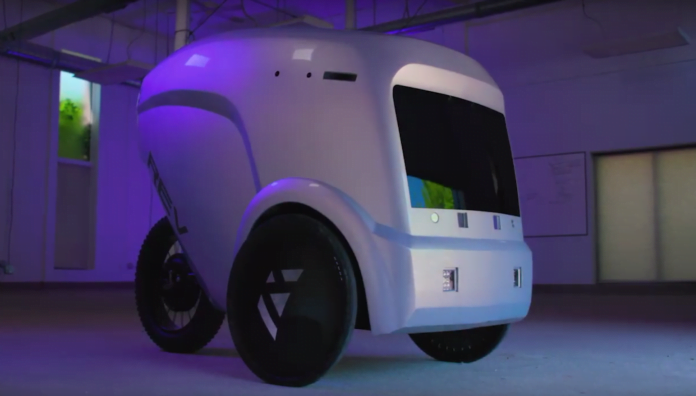 Everyone looks at the sky waiting for the drones that deliver shipments and they lose the development of increasingly advanced technologies for robots for ground deliveries.

Wheel robots will not be as charming as their flying cousins, but with fewer legal stakes to go around they will be employed much sooner. Drone-based services will inevitably pay the price of having to carry out a practically perfect process, to circumvent the risks associated with flying.

The latest concept to have reached the stage of a running prototype is the American startup's Rev-1 autonomous robot Refraction AI.

The fruit of the work of Matthew Johnson-Roberson and Ram Vasudevan, two professors at the University of Michigan, Rev-1 moves quickly on three wheels instead of four or six as already seen elsewhere.

Wheels and load compartment provide Rev-1 with an appearance similar to that of other prototypes around like that of Starship Technologies, or delivery robots pulled out of FedEx and Amazon.

Other more radical variations include Digit, the Agility Robotics robot. A bipedal droid capable of walking and getting around steps and other obstacles that most (not all) wheeled robots have trouble bypassing.

Rev-1 weighs around 45kg and can reach speeds of 24 kilometers per hour, 30% faster than Starship Technologies' robot counterpart. Its load compartment offers over 450 liters of capacity, a size that can easily accommodate four or five large supermarket bags.

Just like the Nuros, autonomous vehicles that already deliver pizzas for the Domino's chain, Rev-1 allows you to access the delivery by entering a disposable code upon arrival.

It is technically that Rev-1 marks an important difference with competitors.

In fact, the autonomous vehicle uses 12 cameras and a sensor system capable of adding data on the surrounding context to the images. A small radar and ultrasound system completes the robot's "senses" and allows it to always know in which space it moves.

Johnson-Roberson notes that this system is reliable to the point that it can do without laser scanners, the expensive LIDAR technology used by others. A choice that formidably cuts the cost of Rev-1, set at around 5000 euros.

"It is light, manageable and fast enough to take advantage of both roads and cycle paths," says the CEO of Refraction AI.

Its features also make it indifferent to work with favorable or adverse weather conditions, which can slow down other types of vehicles.

AI Refraction. for Rev-1 it has foreseen a first test phase with partner restaurants, to then attack the short-haul delivery market with fleets worthy of the Tour de France. 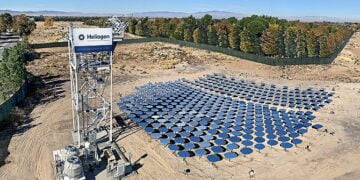