Over 230 years after an incredible game played in Paris, Amazon uses the name mTurk for its new artificial "artificial intelligence" project. No, it's not a typo. Here's the whole story.

di Gianluca Riccio
in The future of yesterday, Technology
Share31Pin8Tweet19SendShare5ShareShare4 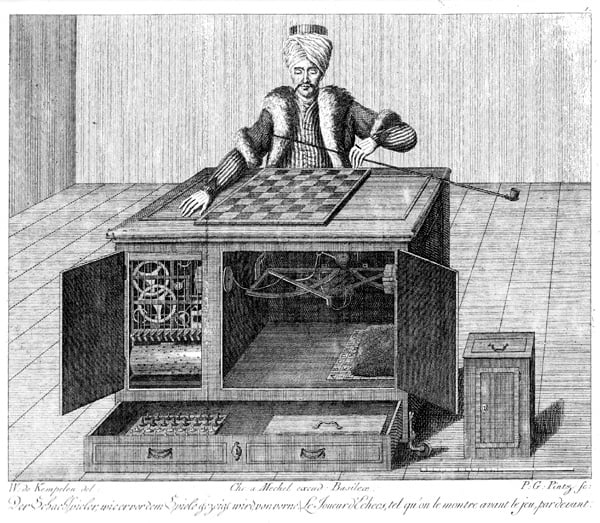 In 1783 mTurk, the "Mechanical Turk", an autonomous machine, defeated Benjamin Franklin in chess. Or at least this was led to believe Franklin.

Franklin's opponent was a humanoid figure seated at a table and automatically operated to play chess without human support.

What does Amazon have to do with it?

More than 230 years after this incredible match played in Paris, the e-commerce giant Amazon has used that name for his automation project.

mTurk is a site that hires a workforce on-demand to complete tasks in which humans are still better than robots and computers.

The workers, amicably called Turkers, choose small projects (called HITs) required by individuals and companies around the world. They receive compensation per minute for transcribing texts, conducting surveys or other.

Why use humans with mTurk instead of machines? Some tasks (fortunately) are still the preserve of humans. No bot can read a CAPTCHA code, for example.

The creators of Mechanical Turk pretended for 80 years that this was an automatic device. The wonder of an artificial intelligence captured the curiosity of the whole world: the suggestion remained even after, when it was discovered that it was only an elaborate fraud.

In his incredible 84-year career, the Turk went to Europe and America, beating many opponents and leaving the audience speechless.

The core of the machine was born from the genius of Wolfgang Von Kempelen, a Hungarian inventor who created it in 1770 to entertain Maria Theresa, the Archduchess of Austria.

Von Kempelen and his successor Johann Nepomuk Mälzel used to open the machine and show it to everyone before each match. It was a way of showing that there wasn't a person inside. It therefore aroused admiration and wonder, and many scholars and enthusiasts launched into daring theories about its functioning: including the writer Edgar Allan Poe.

After the destruction of the car in a fire in 1854, a series of essays published in the Chess Monthly magazine explained how the mechanical Turk had fooled his opponents for decades.

The author, Silias Weir Mitchell, was the son of the Turk's last owner, John Kearsley Mitchell. He explained that the car had housed a person inside it all the time. The not at all artificial intelligence could see the opponent's moves from inside the table. He then moved the Turk's head and hands to make his move.

Nonetheless, not even Mitchell plaxa's explanations are the curiosity of people to wonder if it would be possible one day to make truly autonomous machines. Before the computer pioneer Charles Babbage realized the first programmable computer concept, he played twice in 1819 against the Turk. And lost.

He also strongly suspected a cheat, but was inspired by the encounter. When in 1864 he developed the Analytical Engine, the first design for a computer, with Ada Lovelace, Babbage immediately showed interest in developing a machine capable of playing chess.

Based on Babbage's inventions, then, the Spanish mathematician Leonardo Torres y Quevedo created El Ajedrecista. It is the first automata capable of playing chess alone and without any human assistance. The first gaming platform in history, 1912. Deep Blue's great-great-grandfather.

So we came full circle: we started with humans pretending to be machines, and we ended up with machines posing as human beings. In between is mTurk, with Amazon making a "artificial intelligence artificial ”, with men who organizing into groups do something like robots. Even better. 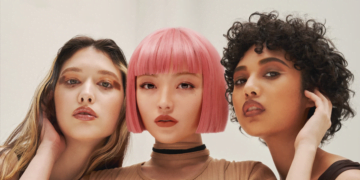 Imma is about to reach 60.000 followers on Instagram and has found a job, but it still doesn't exist.