The choice of Honda EV now shows a trend: the progressive transformation of cars into entertainment hubs, the screens increase dramatically. 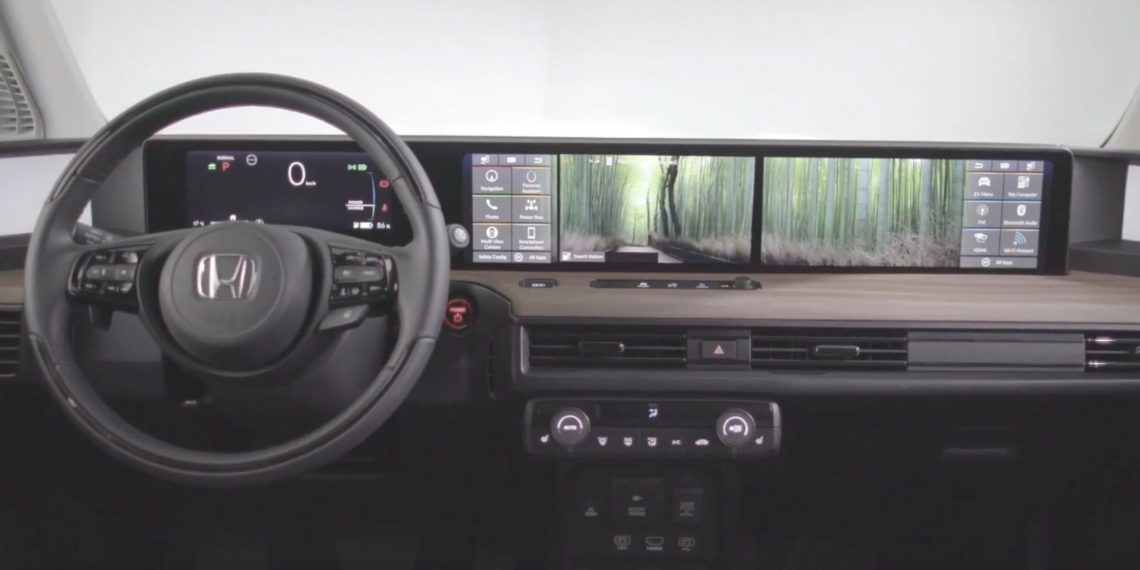 Honda has just posted a new video that shows all the details of its huge double touchscreen that makes a fine show on its prototype E.

The parent company of the Rising Sun strongly insists that the experience of using these screens on its electric Honda EV models will be identical to that shown in the prototype demonstration.

The video shows the different ways a driver and passenger can interact with the large screens. There are two, one per occupant, but they seem to be one. You can see a drag and drop interface and different possibilities for customizing what an operating system looks like.

A driver can choose to move objects by dragging them with his finger from one screen to another. Experience is a continuous exchange of widgets and useful information. In the video there is also time for previews of the navigation system, the voice assistant, the vehicle charging process and more.

The choice of Honda EV now clearly shows a trend that was easy to predict. With the gradual transformation of cars into a real entertainment hub (that one day they will take us where we want as rooms on wheels) the screens increase dramatically in number and size.

The latest clue to this multimedia trend was provided by Byton. The Chinese carmaker on its new electric K-Byte and M-Byte models he practically put a cinema.

In short, this is also an important cross-section of all that the electric models of the Japanese house will show us. The video follows the details released during the last month on the engine and battery of the new EVs.

Vehicles that announce themselves to be exceptional, and that have already received orders from more than 30.000 future owners in Europe and Japan (there is still no indication of a distribution in the USA).

Here is the presentation video: