The first fruit grown on the ISS has a nice temper

The researchers send Capsicum annuum seeds, the chili pepper from Chili, on board. It will be the first fruit grown in space by the ISS astronauts. 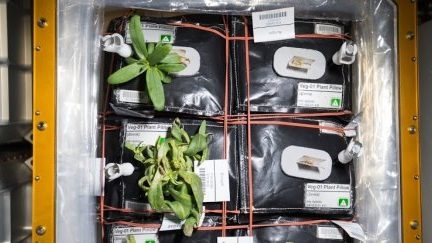 If all goes according to plan, the atmosphere on the ISS International Space Station will get quite hot in November.

The researchers plan to send the seeds on board Capsicum annuum, the common chili pepper, so to speak. It will be the very first fruit to be grown in space by the ISS astronauts.

“We are looking for varieties that don't grow too tall. They have a good growth rate in the spacecraft's controlled environment, ”he says Ray wheeler, a NASA agronomist expert.

“Often astronauts express a desire for food with more flavor and character. In addition, many varieties of chillies are very rich in vitamin C, which is important for the space diet ”.

The Española type was preferred for its ability to grow at high altitudes, with short growth periods and easy pollination.

Plants have quite a bit of trouble growing in microgravity environments, their roots are complex systems and oriented to grow with Earth's gravity as a reference.

Despite the problem, astronauts are already successfully growing plants in stations space: since 1982, with the Russians to lead the way in the Salyut 7 station. Since 2003 the Russians have also consumed products made "on their own", while only since 2015 have we witnessed the first "space lettuce" branded USA.

For fruit (if we exclude the peas also grown by the Russians, which technically would be fruit) the United States has not yet stamped the tag.

It goes without saying that plant growth on board is central to NASA's plans to send human missions to Mars. A travel period between six months and a year also requires the consumption of fresh food: staying on the red planet before returning makes it even crucial.

"We can build as many rockets as we want, but it won't work until we have food to eat," says Jacob torres, a horticultural scientist at NASA.

And without making it a little spicy, I add.