We can stem the food crisis by working hard on eight factors that have worsened and strengthened the weaknesses in our system. Here are what they are. 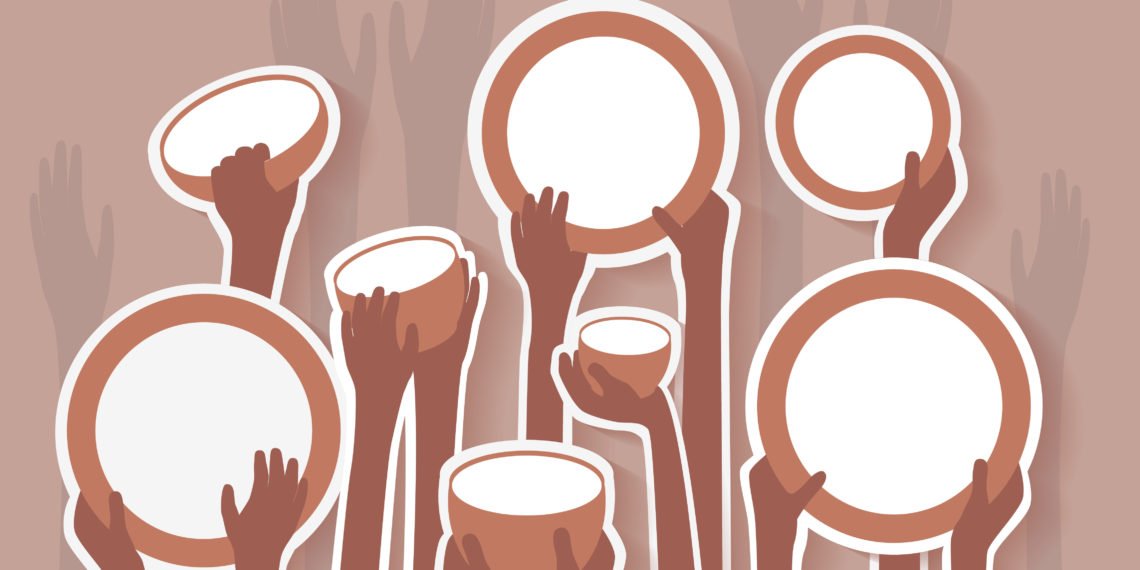 In the climate of food crisis in which we live perpetually (some countries have too much, many have little) there are complex challenges to be faced everywhere in the world.

The intensive use of fertilizers in the American Midwest, for example, is causing a food crisis with the pollution of rivers and streams, the degradation of water quality and the creation of a de facto dead zone in the Gulf of Mexico.

Chocolate production will soon be under threat in Africa (where more than half of the world total is produced). The harmful emissions are reducing the nutrients in food, especially in terms of proteins, and this may cause other malnutrition. There are only a few possible examples, each global study shows that there is really a lot at stake.

The future of food may seem black, in other words. But it doesn't have to be this way: the distribution system can become part of the solution to both the problems related to the quantity of food and environmental pollution.

Evercase, fresh and soft food even at sub-zero temperatures

This of course will not happen without making important changes to the consumption and logistics of food, especially in the context of our cities. Up to 75% of the world's population is moving towards urban contexts: in order to face the food crisis it is crucial to identify strategies for using more local resources.

The urbanized citizens of the world have become accustomed to having any food at any time of the year. This has huge costs: foods delivered by air cause 4 times the emissions of those transported by road, and 38 times more emissions than those transported by train. We are not talking about the consumption of water, and the problems of biodiversity to compete with the food "must haves" that people always want on the table and standardize production.

If we want to avoid all these problems we have to reimagine where the food comes from and where it is headed. Enhancing seasonal and local foods, consuming less soil and less water, reducing transport.

We can do this by working hard on eight factors that have worsened and strengthened the weaknesses in our food system.

It is very important to reduce food and calorie consumption in countries with a high obesity rate. Consuming less food only brings benefits: more people can be fed, with less soil consumption. All environmental studies show that the global reduction in consumption is the biggest factor in reducing greenhouse gases.

They should have priority over those of mass production. Organic foods use far fewer fertilizers, protect biodiversity and produce far fewer emissions. The gold medal in current trends is held by the production of organic wholemeal bread in England: very little energy per ton of food produced and very low use of nitrogen ferilant.

Large quantities of food are required for every urban area: a city of one million inhabitants needs 900 million kilos of food every year. Closer foods are combined with a transport that already on medium range can also be carried out with electric vehicles, therefore with more renewable energy. Reducing the geographical scale of food transport to a regional level can strengthen the geochemical cycle of production of plants and vegetables, and also ensure greater control over their recycling in the perspective of the circular economy.

This is one of the biggest problems: if we talk about the waste produced in the distribution chain, the greatest losses arise in the wake of Western companies. Terrible and enormous is, for example, the amount of food that ends up in the pulp because it does not meet aesthetic criteria. And it is obviously not just about lost food: all the energy used for the production and transport of this food also ends badly. This "culture" of waste must be changed.

Many fields are intensively cultivated and made exhausted and vulnerable to the threats of climate change. Concentrating a single production in one place is a disaster for the soil and the environment. While research develops plants and seeds that are more tolerant to heat, the phenomenon of the concentration of production must be countered.

Making transparent the negative effects (see: costs) of land production and consumption can allow “virtuous” farmers to benefit from the visibility and popular gratification that comes from recognizing a wiser way of producing food. A mechanism that could trigger a virtuous spiral from which the whole of society could benefit.

Breeding insects or jellyfish, producing in vitro meat, obtain proteins from the air: they are just an example of innovative suggestions born from the need to diversify protein sources. This would also lead to a wise redistribution of the level of consumption of food proteins between the north and south of the world.

In summary, the solution to the food crisis passes almost entirely through the sustainability of the food system that affects urban complexes. A few more years without corrections and we will pay a very high price also in this field. 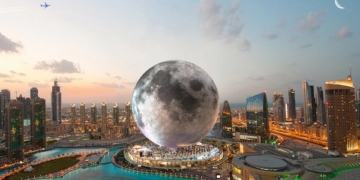 Presented the plans of a mammoth full-scale moon, which would become the most incredible attraction in Las Vegas complete with ...