It is from the 90s that this circus family has progressively limited the use of animals, but with this solution it will revolutionize its entire repertoire: in the gigantic arena the "holo-animals" are perfectly integrated in the performances of athletes and clowns. 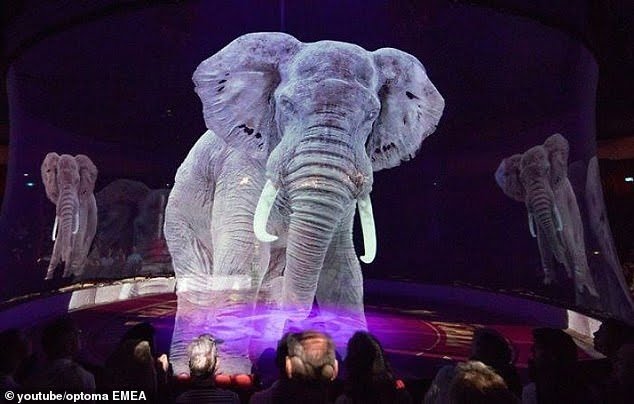 The German acrobatic circus Roncalli has boasted for decades of its spectacular numbers with animals: today it uses a battery of laser projectors and futuristic lenses to produce 3D shows with holographic animals.

It is a respectable technological compromise and leads the way for a new generation of circuses that through new solutions will renew the traditional magic of representations with more ethical and respectful practices of animals.

To save the suffering and pain of the poor animals often trained in very hard sessions, at Roncalli they worked to obtain surprisingly detailed 3D models: the expense was almost half a million euros, but it seems it was worth it.

It is from the 90s that this circus family has progressively limited the use of animals, but with this solution he will revolutionize his entire repertoire: in the gigantic arena the "holo-animals" are perfectly integrated into the performances of athletes and clowns.

The success was sensational: last year the return of the image of the initiative and the undoubted beauty of the show brought in more than 600.000 spectators.

Animal rights activists celebrate: "This is the future of the magical circus show," says Jan Creamer, President of Animal Defenders International. “A performance that everyone can enjoy, and that does not reduce living beings to objects”.

Other associations like the PETA: "The initiative to remove animals from circuses is the driving force for the entire entertainment movement," makes known a press release of the association.

In my little applause too: old often violent practices are giving way to real hymns to creativity and the magic of the man-technology combination.

From today the Circus no longer makes me sad. 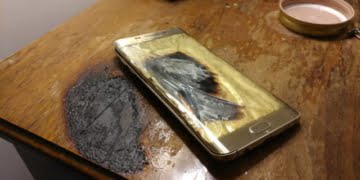 Yet another case of an exploding #Samsung. A bad deal for the production house, which must make ...