Even in the UK the hydrogen train starts running. How is development going in the rest of the world? Let's take stock with this article.

The HydroFlex hydrogen train is another sign of the push towards zero-emission solutions for trains as well.

The UK's first hydrogen train gets underway this week, marking a historic page in the global push towards clean transport. The passengers of the first test trips got on the HydroFlex prototype and scoured far and wide without producing pollution.

It is an initiative of the University of Birmingham Railway Research Center in a joint venture with Porterbrook, the British railway company. The first four-car prototype started moving to the Warwickshire test center. The next test in December will employ the main rail network.

"In a few years we will have an operational fleet of these trains across the UK," says Stuart Hillmansen, one of the engineers involved in the project, during the presentation conference.

While waiting for the hydrogen planes spread, trains are another important ally in the struggle of states and cities to improve air quality and fight climate change. Many systems around the world already rely on diesel-electric mixed trains: the UK has chosen to eliminate its locomotives (diesel only, around 3900) by 2040.

In Germany, two trains of this type have been in service since 2018. Alstom, the company that made them, has announced another 27 for the next few years. Japan and Korea are in the planning stages, and the US is planning tests in California and North Carolina.

How HydroFlex is made

HydroFlex consists of four wagons, one of which acts as a driving force with an energy combination consisting of a fuel cell module, 20kg of hydrogen in four pressurized tanks and a 200kW lithium battery.

Hydrogen is pumped through the fuel cell, which pulls oxygen from the air to create electricity. Excess energy is stored in the lithium battery. Unlike diesel locomotives, of course, there is no harmful emission in the hydrogen train - only heat and water.

The hydrogen train will change the very structure of trains. Lighter convoys, for frequent transport, will be equipped with very large batteries and small fuel cells, also taking advantage of braking energy. For longer distances with trains making fewer stops, the best configuration will be larger cells and smaller batteries.

For the massive diffusion of the hydrogen train it will be necessary to make the protection against shocks and vibrations definitive. It is not just about preventing accidents, but about excessive oscillations in the event of replacement of wagons. Another problem to be solved is related to the conversion of networks, especially in the refueling points that are lacking almost everywhere, and where they are present they do not always use renewables for the production of hydrogen (so we are at the point before).

A few more efforts and the stationmaster will be able to lift his shovel: it will be green like never before. 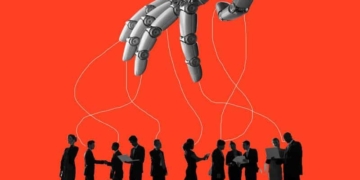 Curious to know more about the future? Here are 5 jobs that could disappear in favor of Artificial Intelligence (AI)