As reported in the journal Cell Metabolism, the protein circulating in mice (an enzyme called eNAMPT) plays a key role in the process that supplies cells with energy. Over the years, the latter become less and less efficient in the production of this "fuel" (called NAD) necessary for its health. 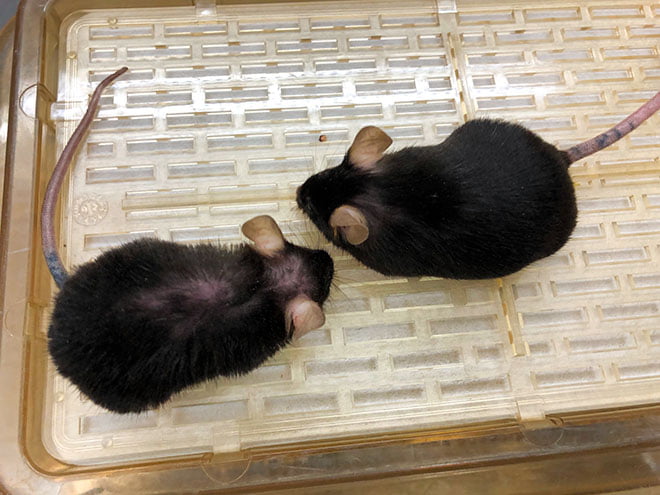 Scientists have discovered a way to disable the effects of aging in mice: the study shows how a protein, present in abundant quantities in young specimens, plays a vital role in keeping them healthy.

The decline in the levels of this protein also corresponds to the progressive drop in subjects: vision problems, cognitive decline, weight gain, insulin resistance.

Providing doses of this protein to elderly specimens slowed the decay of function and lengthened their survival by 16%.

As reported in the journal Cell Metabolism, the protein circulating in mice (an enzyme called eNAMPT) plays a key role in the process that supplies cells with energy. Over the years, the latter become less and less efficient in the production of this "fuel" (called NAD) necessary for its health.

By integrating the diet of older mice with eNAMPT, NAD production remains at good levels and aging remains at the stake.

"We have identified a completely new path against aging," says the author of the study, Shin-ichiro Imai, professor of developmental biology at Washington University in St. Louis. "Taking eNAMPT protein from the blood of younger mice and supplying it to older mice has brought great benefits, including more intense physical activity and better sleep quality: even the hair is shining like that of young people."

Research supported by the National Institute on Aging, the American Federation for Aging Research and the Tanaka Fund also shows gender differences in protein levels, with female specimens much more endowed with eNAMPT.

Unlike studies involving blood transfusions, transferring a single component improves the processes considerably: another element capable of increasing NAD in the body's tissues is a molecule, called NMN, to be administered orally. NMN is already at a later stage, it has been tested on humans for a few months.

"We believe that the body has many ways to maintain good levels of NAD, which is important to the extent of regulating how long we live and how healthy we are," says Imai. "In worms, fruit flies, mice and humans, the presence of NAD is fundamental and decreases over the years."

Imai's research shows that the hypothalamus exerts greater control over aging processes through the management of eNAMPT, which is released into the blood through fatty tissues. The hypothalamus manages vital processes such as body temperature, sleep and the circadian cycle, hormone level and even thirst.

Tiny particles, so-called extracellular vesicles carry eNAMPT in the blood: eNAMPT levels drop in parallel with the decline of the hypothalamus, and gradually reduce the survival time of a subject. Simply, in the mouse study, more eNAMPT means more days of life, less eNAMPT means fewer days of life: 1029 days against 881, to be precise.

"We can even predict a guy's lifespan based on his circulating eNAMPT levels," explains Imai. "We don't know how strong this connection is in humans, but it is certain that the extracellular vesicles of humans also carry the protein: the phenomenon must be studied". 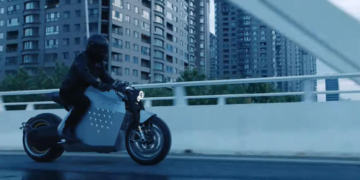 Another step for the electric motorcycle: DaVinci DC100 has extraordinary control, even remotely, stands up from ...