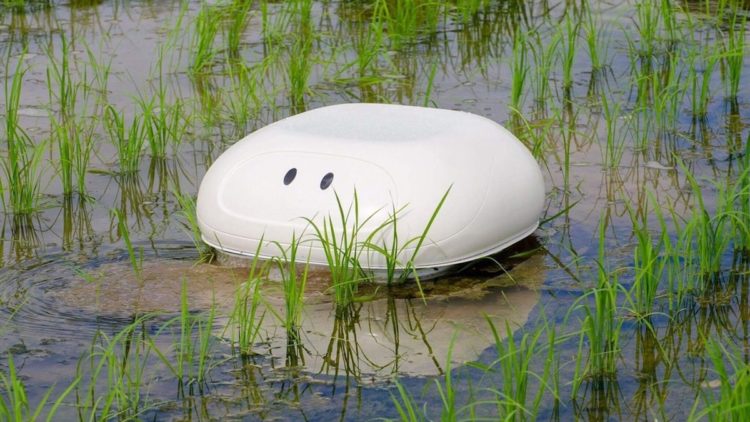 Oxygenate the water with its "legs" and patrol the rice paddy: Aigamo will bring an ancient practice back to life and keep a millennial industry alive

For centuries rice farmers in Asia did not have Aigamo, but they used real geese as a natural alternative to pesticides. Gluttonous with weeds and insects, palmipeds also acted as natural fertilizer, in the way you can imagine.

In the 21st century, the practice is no longer in use, but a cybernetic hand could give new life to old methods.

An engineer at Nissan made a cybernetic friend to patrol the fields: it is currently being tested in the Japanese prefecture of Yamagata, in north east Japan.

Aigamo (did you realize that was the name of the amphibious robot?) Weighs only 1.5kg and is about the size of one of those automatic vacuum cleaners. Two rotating rubber brushes act as legs for swimming underwater, and helping to oxygenate the water prevent the growth of weeds and algae.

Here he is in action in the video distributed on YouTube by the same Japanese house Nissan.

A bit like Robocrop, which in the UK will keep the berry harvest alive.

In Japan plagued by the contraction in consumption and the aging of the population, Aigamo could guarantee the survival of an industry of immense cultural value.