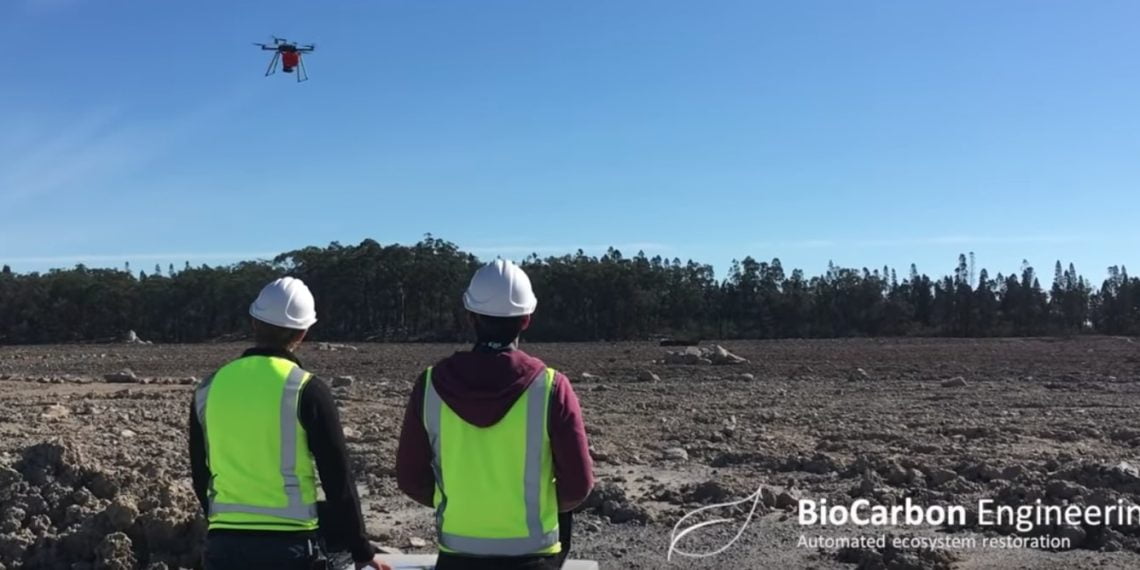 La BioCarbon Engineering proposes to combat CO2 emissions and climate change by accelerating the sowing and growth of trees up to 100 times, thanks to the use of special “farmer” drones.

The company has already reforested areas with 38 trees of different species in Australia, Myanmar (repopulating a mangrove forest) and the United Kingdom, succeeding in all conditions: temperate, subtropical and tropical climates, with traditional and even difficult seeds.

Using drones to plant trees can lower costs by up to 10 times and speed up operations by up to 150 times: Fast-growing species have the potential to bring down carbon dioxide levels.

Every year nearly 15 billion trees are lost due to natural and anthropogenic causes. 50 billion euros a year to replant them cannot bring the budget back into surplus or even equal: in fact, every year on this planet there are 6 billion fewer trees.

What the project consists of

Biocarbon uses a large amount of data from a combination of satellites and drones to determine the exact location of the new tree to be planted. At that point a flock of drones "shoot" biodegradable containers with seeds and nutrients at a rate of 120 per minute with compressed air.

Only two operators with a small fleet of 10 drones can plant 400.000 (four hundred thousand!) Trees per day. 400 small teams of this type can plant ten billion trees in a year.

The Biocarbon project received 2.5 million euros in funding in 2018: the solution of the "bullets" with seed and soil has defeated many proposals of different character.

Could it represent a concrete way to reforest vast areas of the planet and contrast the greenhouse effect?