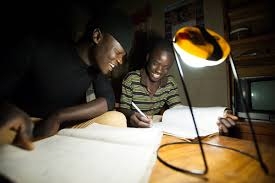 Jezuba means "thank you" in Burmese, and is the name of a non-profit organization that has simple goals linked to innovation: to help small Burmese artisans sell their creations through e-commerce, for example, or to donate solar lanterns to populations of Africa on Saharan.

The cornerstones of an immediate, simple and concrete action: education and photovoltaic energy to abandon kerosene.

Kerosene is a dangerous substance that also sheds little light: photovoltaic energy can last longer and does not pollute the air. Millions of children suffer serious burns every year from kerosene lamps, whose mechanism does not allow the flame to go out immediately following accidental contact.

Because today it is economically unsustainable, I know it seems absurd.

Nobody likes to go down a dark and insecure road: villagers are vulnerable to attacks by predators or attackers, or are overwhelmed by passing cars. Solar lanterns increase personal safety by illuminating the streets and helping to distinguish pedestrians.

03
of 08
Keep predators away from stocks

In sub-Saharan Africa, many farmers and ranchers have kept starving animals away and minimized losses. A study shows that 63% of them benefited from using solar lanterns to illuminate food supplies and herds.

Otherwise, the alternative is to try in the dark to find matches and light a kerosene lamp, with all the risks of accidents (many every year) that entails.

Many fishermen from Lake Victoria in Uganda today carry solar lanterns, which they use instead of kerosene lamps. More light, more security.

06
of 08
Playing with friends after dark

Children love to talk and play around a solar lantern without being subjected to the poisonous fumes of kerosene, and nobody risks burning.

07
of 08
Recharge your mobile phone or spread music

Most solar lantern models are equipped with USB ports that allow it: another way to stay connected, when you can, to the rest of the world.

08
of 08
Allocate the already little money to better things

Many African governments spend millions of euros in subsidies to allow the population to buy kerosene, wasting economic resources and still exposing people in rural areas to risks and poor night lighting. Despite the subsidy, the average expenditure for kerosene sometimes almost reaches half the daily budget of entire populations.

For this reason, Jezuba's is a model that must be followed: we need organizations that dedicate themselves not only to having an economic and social impact on their communities, but that teach them to change paradigm. 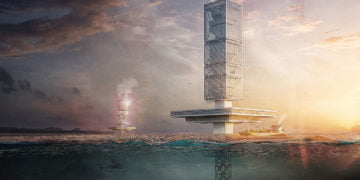 Chinese designer Honglin Li wants to clean up this Pacific plastic island by building a skyscraper in the middle. That's how...