New year, but old life for computers: 2017 has started in the wake of the last few months, with a high incidence of viruses and attacks by cyber pirates. But part of the responsibility lies with the users themselves, who often overlook the importance of a secure password.

What happens as far as the laziness of IT users is combined with the "capacity" of cyber pirates, capable of creating ever new and more numerous threats? As can be guessed, the final result is the increase in problems related to safety systems such as PCs, smartphones and data storage machines, which are subject to attack by attackers.

Virus to the hospital! The latest news has some curious aspects, because this time the virus hit in the hospital. Of course, we are still talking about the digital world: England's national health system has been affected by several ransomware that blocked the devices. The same English organization explained that the "victims" were exclusively PCs with Windows XP operating system, infected precisely by the fearful ransomware, the malware that has been negatively impacting the last few months, infecting the PC and limiting access to owners and users, at least until the payment of a ransom that "frees" the files.

Personal responsibilities. In this case, it was the use of that facilitated the way for the pirates operating systems obsolete, which allowed cybercriminals to infiltrate the web and put it at risk privacy of British citizens. In other situations, however, it is the users themselves who prove to be careless and lazy and attract problems: this is also revealed by the latest research by the company Keeper Security, which has drawn up the ranking of the worst Password used by internet users over the last year.

Unsafe passwords. Sifting through this ranking, it turns out that the most used keyword is the predictable "123456", Which slightly exceeds the sequence" 123456789 "and another evergreen such as"QWERTY". To arrive at these results, the company analyzed a database of over 10 million keywords available on the web, obtained from violazioni of data throughout the year. Well, 17% of Internet users used “123456” as a password to access online services, and only 25 strings total more than half of the 10 million analyzed, proof of a scarce imagination and of a focus on safety that is still too low.

Goodbye data? These viruses can infect PCs and home systems, often offering few alternatives to the victims, who can turn to professionals to eliminate the problem or to a specialized company such as Recovery File, which specializes in data recovery from damaged hard disk or hit by malware and the like. But in recent years the attacks are also targeting mobile devices and social networks, expanding the range of problems for ordinary people.

New attacks. The mechanism by which cyber criminals act is almost always the same: users are tricked into clicking on the “wrong” link, which opens the door to potentially dangerous viruses. The new channels of dissemination of these malware they are social media, like Messenger by Facebook, Whatsapp messages or chain letters, in which misleading links appear which then contaminate the whole device (and spread to the network of contacts).

Risky emails. But perhaps the means most used by hackers remains that of email, where words like "spam"and "Phishing”Are now on the agenda. And if in many cases the "falsity" of the message is evident, with the fraudulent intent of extorting information and sensitive data, at the top the links are somehow masked or more hidden, or contained in apparently harmless attachments that instead, as in the situations described above, they jeopardize all give and fillet present in the pc.

The importance of a secure server. Data loss can also affect websites. In these cases it is necessary to rely on professional and secure servers such as those offered by Flamenetworks, which offer daily backup service avoiding unpleasant inconveniences in case of sudden crashes. 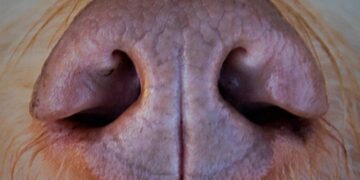 Facial recognition goes on amid a thousand controversies, but "nasal" recognition can help lost dogs: how? With a new ...