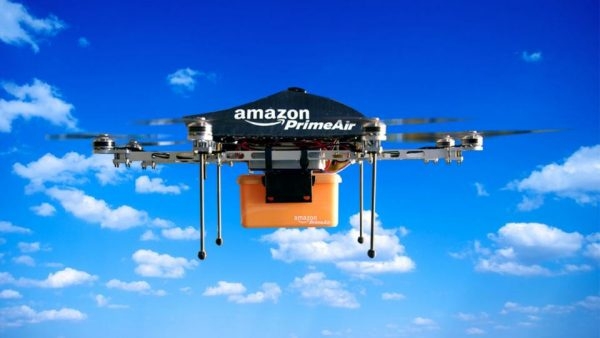 It seemed like a dream, and instead the first delivery occurred with a #drone it is already a reality (in just 13 minutes).

There has been talk for the first time of # Amazon #Prime Air, a service for the delivery of products via drone, three years ago, back in 2013. At the time, however, in the United States the use of drones was not allowed for commercial reasons, and therefore the testing platform was organized in the United Kingdom . The first Amazon Prime Air delivery center is based in Cambridge, and the first delivery with a drone took place on 7 December.

Obviously, the whole thing is still being tested, and the customers who can use the service are still few, close to the Amazon warehouse located in Cambridge. Meanwhile, the Federal Aviation Administration USA has legislated on the use of drones: the new rules, however, prevent Prime Air from operating as Amazon would like. In fact, every single drone should be controlled by a certified operator, and always remain visible during the flight. However, the battle is still open, and who knows that things will not change in the future, even in the United States.