The researchers put faces of honest and criminal citizens on the computer, discovering that AI was able to locate them with certainty. 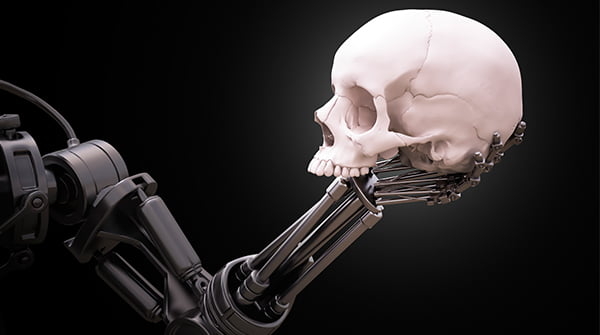 Never #criminals can they be recognized simply by facial features? To listen #Lombroso, it seemed so, but then science moved on.

Today, however, thanks to one Chinese search conducted by Xiaolin Wu and Xi Zhang (Jiao Tongdi University of Shanghai), focused on artificial intelligence, the Lombrosian theories on honest and criminal have returned to be credited.

In fact, the team's researchers subjected the faces of criminals and honest citizens to the computer, discovering that artificial intelligence was able to identify criminals without a shadow of a doubt.

But how was all this possible?

Wu and Xiang educated their artificial intelligence algorithm by showing him about 1.600 photographs of men, half images of criminals and half uncensored, and the AI he was wrong only in 10% of cases. A surprising result; according to the researchers, this system "empirically establishes the validity of automatic inference induced by the visa on crime, despite the historical controversies". So there is the "typical face of the criminal"?

However, the computer does not work subjectively like humans, but isolates certain elements of the visa and evaluates them according to mathematical parameters. Should we trust? More in-depth studies and research will certainly be needed.

It is not at all said, however, that even only in China this recognition system is being used by the police to track down criminals.

Fundamental discovery to make stem cell treatments on patients with kidney disease much easier: they can avoid ...

AirSelfie, the drone that takes pictures from above, arrives