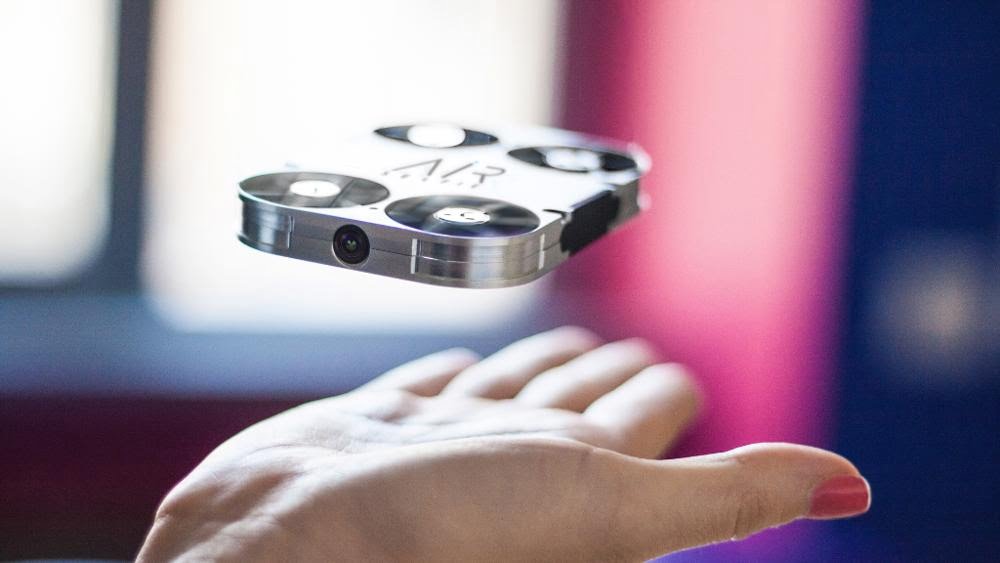 By #selfie stick to the drones. The selfie craze, or rather the self-timer, has now been cleared, and technology is indulging itself. Today, with mini-drones, it is possible to take “flying” selfies: up Kickstarter the campaign for the#AirSelfie, the first pocket and volatile camera that can be connected, via Wi-Fi, to the smartphone.

The camera can be controlled with an app from the phone and can reach up to 20 meters in height thanks to 4 Brushless micro motors. The #drone has three modes: the Selfie fashion, Selfie Motion Control Mode, which allow you to preview the #Photo on the screen, and finally the Flying Mode, where your device kept horizontally becomes a classic controller.

The video camera is enclosed in an aluminum structure of only 52 grams, very light; moreover, the AirSelfie can be hooked, like a cover, to any latest generation mobile phone. The cover also acts as a battery, and allows you to recharge the device in just 30 minutes: afterwards, the mini-drone will be ready to take off and take panoramic and certainly suggestive photos.

How much does this prodigy of technology cost? The first units will be available in limited numbers at a price of 179 euros, starting from March 2017. Thereafter, AirSelfie will be sold at a price of approximately EUR 299. For those who just can't do without selfies, and for those willing to spend more on a drone than a mobile phone ...

Pets? Loved by many busy Japanese people. And for those of them who cannot or do not want to have some ...