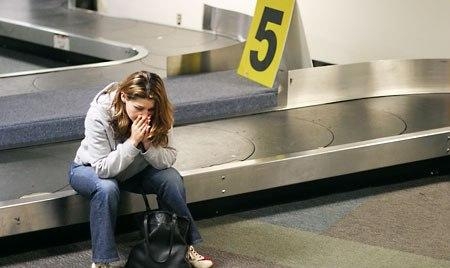 How many times does that happen? #suitcase get lost in #airport, ends up in the wrong destination or is delivered to others? Very often. However, a lost baggage does not only ruin the holidays for the interested party, but it is also a huge cost on the budget of air transport companies.

In 2015, lost, damaged or delayed suitcases cost airlines $ 2,3 billion. "Even though there has been a 3,75 percent reduction compared to 2014, it is clear that baggage handling must remain a priority," he says Dave Bakker, president of Sita Europa, the worldwide airline and airport cooperative.

Of course, the number of baggage lost over time has decreased, with a trend that will continue to drop, but the aim of the airlines is to reduce the costs that arise from these inefficiencies. There #technologyonce again it comes to our aid.

At Geneva airport, for example, there is the robot porter Leo who prints the baggage tag and hands it to the attendant. It can carry up to two suitcases and moves by itself avoiding obstacles. On Lufthansa planes there is Sita's WorldTracer system, which locates baggage wherever it is in the world. In Paris there is self-service check-in, with passengers tagging and shipping their suitcase themselves. Who knows, maybe one day robots will do everything at the airport.