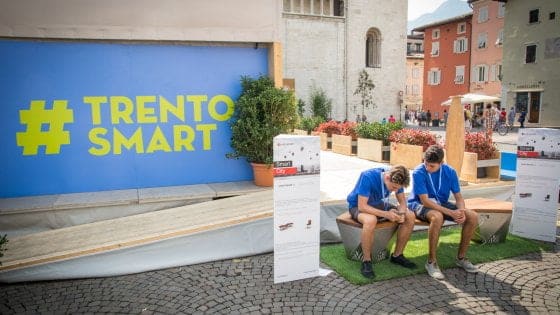 #Trento is the real #smart city of the future. A few examples? TO Trento you can find benches that, in addition to recharging the smartphone, measure weather and pollution levels, medical reports that can be consulted with an app and a monitoring system for children going to school.

The capital of Trentino is the only European city and one of the five in the world recognized by the IEEE (Institute of electrical and electronics engineers) as Smart City, a # smart city.

The project to transform Trento was born more than thirty years ago, and today it is bearing the hoped-for results. “Investing in knowledge - said Sara Ferrari, university and research councilor of the autonomous province - was a strategic choice. We have put the various peculiarities of the territory into a system, creating a strong core both nationally and internationally ".

Trento has mainly focused on assisting the sick and those who need to access medical records. But it also deals with other things: curious but very useful is the page of the municipality dedicated to "Funeral times and search for the dead". Here citizens can find out about where and when the funeral will be held of a deceased or the placement of a body inside the cemetery.