THE#app di # Pokémon Go is not yet available in Italy, but it should be soon both on iTunes and on Google Play.

Impossible not to have heard of it; Since the app came out, Nintendo's shares in America have gone from $ 16 to a peak of nearly $ 28.

It's a very simple but captivating game, a simplified version of Pokémon that uses geolocation and augmented reality. He wanders around the city hunting for various Pokémon that must first be framed and then captured, and then there are many new options to unlock. The app is free, although it offers in-app purchases.

However, there are those who consider the app actually the fruit of the mind of "secret services, which thus collect video information from all over the world ”. This was declared by the Russian Communications Minister Nikolay Nikiforov. The Russian parliament will soon be meeting to discuss the immediate and future dangers of Pokemon GO's spread.

Not to mention the China! The Chinese government would be concerned that the GPS system could indirectly provide the Japanese Nintendo and the US Google with sensitive information such as the position of military bases on Chinese territory. Here too, therefore, many problems. 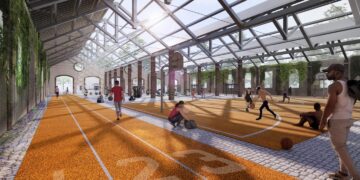 A recovery project in the area of ​​the former station in Porta Romana will transform the Milanese railway yard into a magnificent park.