The co-founder of Microsoft, Paul Allen, is working on a "big" project: he wants to build (and fly) the largest plane in the world.

In the competition for the race to conquer space, Paul Allen decided to rely on SpaceX e Virgin Galactic for the construction of a particular and huge plane from which to launch satellites into orbit.

According to Reuters, which launched the news, Stratolaunch systems, a division of society Vulcan Aerospace owned by Paul Allen, he showed journalists for the first time the prototype of this aircraft. The aircraft in question has a 'wingspan of 385 feet (117 m): it's called Stratolaunch Carrier Aircraft and is destined to be the largest aircraft in the world, thus surpassing air giants such as the Hughes H-4 Hercules andAntonov An-225.

This plane will be able to put satellites into orbit easily, quickly and without problems related to climate change. Stratolaunch Carrier Aircraft is expected to be ready to fly by the end of 2016 and its services will be operational by 2020. 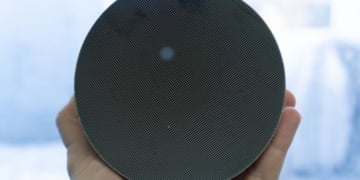 The invention opens up to new catalytic technologies that use non-precious metal catalysts for important applications such as storage of ...

Wondaleaf, the first unisex condom in the world arrives