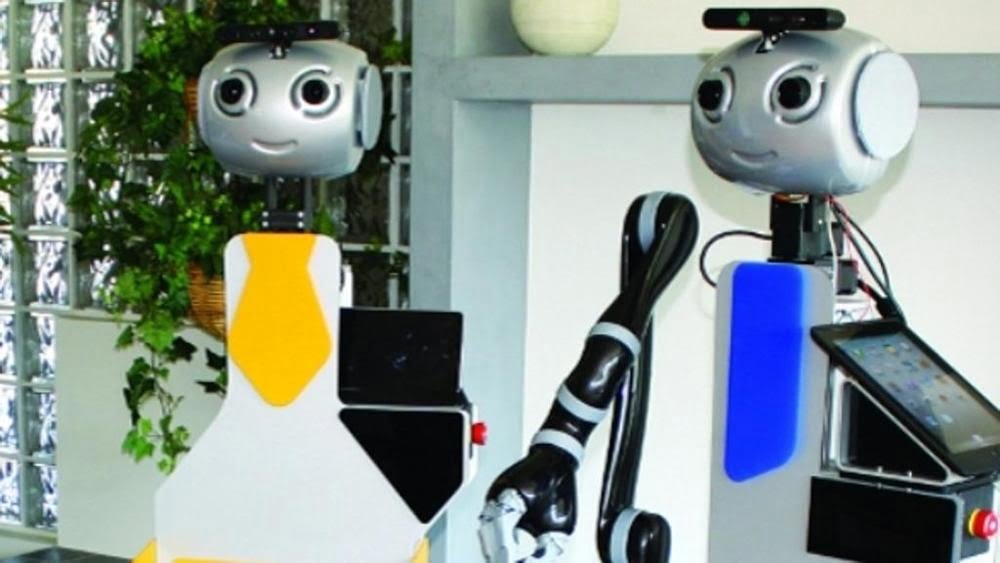 He guards the entrance and delivers the mail. Practically, it almost completely replaces the old concierge of a condominium or building. He is the robot goalkeeper, just presented in prototype form by an Italian team. Will he steal the work of the talented hotel maitre or the trusty condominium guardians?

He has a nice face and two lively and attentive eyes to watch the comings and goings in the door, a handy tray to deliver mail, packages and maybe even shopping. This is the first robot porter, a hi-tech porter made and tested in Italy.

The prototype of the robot goalkeeper was recently presented in Pisa, as part of the conference on technologies at the service of the environment in which we live (Ambient Assisted Living). It is a funding program that aims to create a better quality of life for older people and to strengthen industrial opportunities in the field of technology and innovation for healthy aging. It is organized every year by the Sant'Anna School of Advanced Studies.

«We set ourselves two years as the target for a model that can be produced on an industrial scale», said the researcher Filippo Cavallo, co-founder of Co-Robotics. The prototype robot doors created so far have a torso that can be modified according to the required functions, they are able to speak and obey the commands.

Robot goalkeeper: technical ability, but empathy has to wait.

The robot also notices if someone has fallen and needs help. Obviously, the mechanical goalkeeper still lacks a satisfactory development of artificial intelligence capable of supporting him, but for the functions he performs he does not look bad at all.

The material is light and cheap. Gentlemen: the plastic of car dashboards. This is an element that facilitates production on an industrial scale.

There is talk of commercialization by 2018. This is the year we should see if all goes well (Edit: it went well, see link) also to self-propelled robots with amazing capabilities.

The demand for professional, non-invasive and comfortable treatments is growing. Korean company develops LED laser therapy to be done in ...