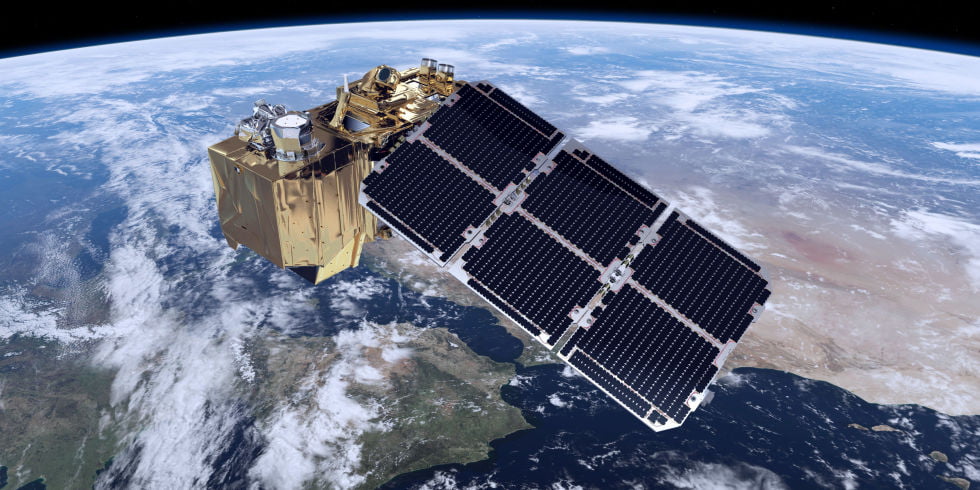 On June 23 last year the satellite flew among the stars Sentinel 2A, a device that will monitor the health of our planet using i colors. That's right, as the satellite is equipped with a special camera connected to the Sentinel 1A radar, which can scan large swathes of territory using reduced frequencies and which therefore can monitor the changes that have occurred in world agricultural crops, offering an accuracy of unprecedented images. This is a very accurate analysis, as thanks to these detection tools it is also possible to evaluate the levels of chlorophyll plants and collect biological and geophysical data on the health of our planet.

The Sentinel 2A satellite is part of a monitoring plan called Copernicus, which includes 20 satellites responsible for environmental control. Many are, in fact, the objectives to which these spatial constructions intend to fulfill, from monitoring the land up to mapping the movements of the soil, as happened with his brother Sentinel 1 who managed to monitor the land movements that caused the earthquake in Napa Valley in California in August 2014.

Sea surfaces, ice and oil spills are just some of the phenomena that Sentinel 2A can monitor from above and it is the first satellite to offer prevention data for natural disasters, presenting data that if they are considered out of the norm they can be interpreted in speed and then transmitted to the peoples for avoid disasters. Not only that, as the satellite's task continues with the creation of a database of information on the earth's surface and the atmosphere, which will be used to support environmental and safety policies. Many future choices of governments around the world will therefore depend on the data collected, a great responsibility!

When you hear about "Ice", "Shaboo" or "Crystal Meth" know that these are some of the most popular ...