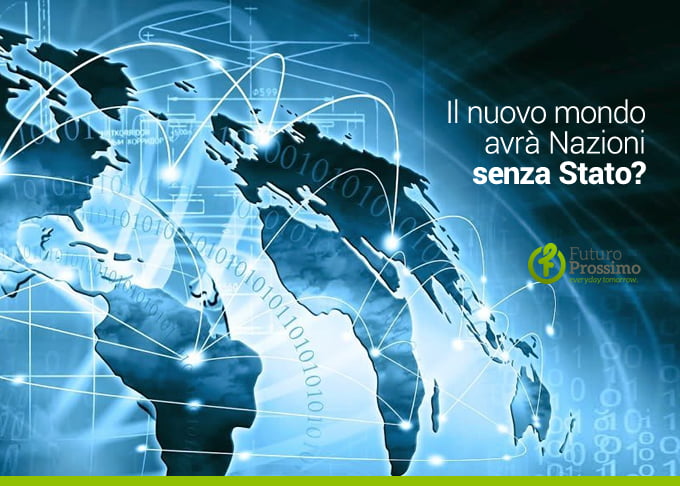 It is a really complicated period on a geopolitical level: an epochal transition towards the future world that almost imposes the dynamics of social networks also on political entities.

What is happening in Syria (and in other neighboring nations) has all the air of being a passage from a world of "nation states" to a world of "stateless nations". It is not the only indication of a change: other unknown factors that determine citizenship or belonging to a territory are changing. In Estonia, for example, the first project of E-Residency, a program that attributes “electronic residency” to those who request it. It is requested online and allows access to a series of online services: you can open a current account in a bank, or start a new commercial company even without physically residing in Estonia.

Similarly the emergence of virtual currencies (like Bitcoin) begins to undermine the monopoly of states on the issue of money, and new forms of technology for the transfer of sums in these new cryptocurrencies will give more and more a hard time to the traditional fields of competence of governments. Stateless nations, stateless peoples, more and more.

It is a very clear consequence of the advent of the internet, which has already greatly widened the boundaries of our "acquaintances" and our activities. We can easily make friends with people on the other side of the world who share our interests, and buy or sell almost anything around the world. On platforms such as F o Fiverr we can offer low-cost business services, and receive payment directly, without going to a bank or post office.

It is clear that institutions such as the "Modern" States, born in fact in 1600, must prepare after almost 500 years to give up the word "modern" and with it the step to inevitable adaptations that do not appear limited.

The "nation state" will not last forever. It is the result of a precise historical phase, it was conceived for a certain type of society, and for a certain type of economy that are unlikely to last long: even the Roman and Egyptian Empire were founded to challenge the centuries and to last forever, but inevitably have been replaced under the blows of economic and social changes. And what about Feudalism? And the Declaration of Independence of the United States of America, which by rejecting British rule was the birth of what we now call the "democratic West"? What about, how much about all of this?

Does History, I ask, stop there or will it continue into the 21st century with another leap forward, another Magna Carta, another Declaration of Independence, something new and different?

Many believe that the best way to adapt to a globalized world is to globalize the concept of state, or as someone in the US argues, “globalize democracy”. It could be a big mistake. The problems brought by Feudalism, and then by England's attempt to control the American colonies, were not administrative, military, or logistical. It was a MORAL problem. What has actually defined a state up to now has been the "monopoly" on people's activities, and on their participation within a specific geographical area. Simply trying to build a bigger fence, as big as the whole world if the world globalizes, is applying a nearly 500-year-old strategy without understanding the pattern and the changes taking place.

The Internet takes us to a completely different goal: a non-territorial, interconnected and polycentric world, with voluntary participation. It is no longer a question of physical places supported by taxes paid by those who reside there, but systems in which one can enter and from which one can exit at any time, regardless of one's physical location. A system in which stateless nations compete with each other, offering possible "citizens" the best justice, equality, democracy they have. Instead of different "parties" and factions fighting each other to lead a central state, a world of people with different points of view who can enter or leave the community of purpose according to their own purposes. A future in which people are called to participate directly in the construction of their own world, and quickly verify the goodness or ineffectiveness of their ideas.

The right to call yourself out: not in my name

It sounds a bit radical, but such a change will require the introduction of new tools, and perhaps that new "Magna Carta" expected from the 21st century will simply be the recognized right to "get out" of a state in full freedom. We exercise this right in a small way every time we choose to unsubscribe from a service, from an information bulletin, from an association. It might be crucial to extend this possibility. If the "right to get out" doesn't seem crucial, think about the American Constitution. On the risks it entails. Or on the Italian one, and on how it was distorted and mortified.

In the first case, the Constitution created a government with limited powers, circumscribed and summarized in the first 10 amendments otherwise known as the "Bill of Rights". Over the span of nearly 200 years, this constitution has produced the largest and most sprawling governmental system in human history, with the most armed army and a debt of the order of $ 19. Nineteen trillion dollars.

I don't think it went as planned.

In Italy? The much more recent Constitution aimed to guarantee free political representation, the right to work and other fundamental principles, but all or almost all of its statements have been compromised by people who do not see beyond their noses and by power groups .

The frustration of the peoples of the world appears even more marked when they realize that entire debt systems, which tend to cut basic rights to health, education and work over time, are governed by economies based on the production of weapons. and on financial speculation. How many wars in the name of the citizens of the world have been waged? How many with their consent, how many without? The right to call oneself out of these systems is a concrete possibility of protecting future generations from real tyrannies that, behind a "democratic" facade, end up enslaving their people, closing them in a territorial or economic "fence". One of the new human rights to be sanctioned must, must be that of being part or not part, by choice, of a political system in which one recognizes or does not recognize himself. This freedom will create a "free competition" of stateless nations, which compete with each other in offering more democracy to citizens they want to reach.

It will be very difficult, but not impossible

The advent of these changes, the signs of which we are already observing today, will produce inevitable and strong resistance (I am reminded of the battles that today private transport groups are fighting to prevent the growth of companies such as Uber). Let's go back to the "Syrian facts" for a moment: the 'war on terrorism' that began in the 90s with the first Gulf War, this search for a "common enemy" is the typical method used by the companies that feel their dissolution close: it is the attempt to compact peoples in the name of a "greater goal", or a "greater good". Many people could counter the fear of change by bonding even more with "traditional" nations, for emotional, cultural or practical reasons. The point is not to stop them from doing it. The point is to allow them, by law, to leave these systems whenever they want, to contribute to different communities and parallel and non-territorial jurisdictions.

This is the biggest challenge facing the new generation of Millennials to completely change the face of this world and hopefully build a better one. 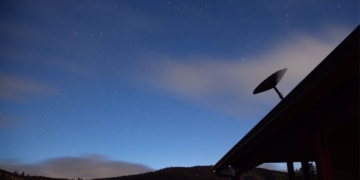