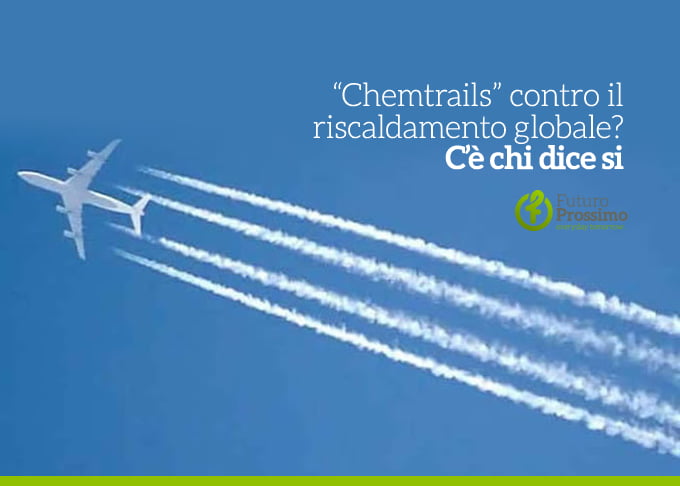 in Environment
⚪ Reads in 2 minutes

Always the protagonists in the argumentative repertoire of curious, independent analyzers, scholars, conspiracy theorists and free thinkers, the famous "Chemtrails" could leave the counter-information literature to become part of the tangible reality. No longer a borderline theme, therefore, but a conscious human activity.

The scientific journal PNAS (instantly relaunched by the most popular Popular Mechanics) has published joint studies by American, Scandinavian and Chinese scientists based on scenarios that actually constitute speculation on the advisability of geoengineering by adding sulfate ion to aircraft fuel , to spray the stratosphere and mitigate the effects of climate change.

In other words, it would be a matter of 'imitating' the behavior of volcanoes: in one of the scenarios, 5 billion tons of sulphates are expected to be released into the atmosphere per year for 50 years.

In the second model, the expected amount of sulphates is 10 billion tons per year for 50 years, to balance CO2 production as much as possible. In this second case, taking into account two factors (the increase in CO2 in spite of all the protocols discussed and signed and the increase in the frequency of Katrina-type hurricanes in the next 30 years) the effects of climate change on coastal cities would be reduced. 50%.

How many are 10 billion tons of sulphates per year?

The equivalent of the Pinatubo volcano eruption in 1991 every two years.

How much would these operations cost?

About 9 billion euros per year.

Geoengineering through these "chemtrails" would in other words reduce the impact of a higher sea level on coastal cities. The risk of flooding will increase significantly, given the increase in sea temperature: spraying the stratosphere with sulfates would produce effects mainly in the polar regions: the studies were carried out through 8 simulations of climate models combined with the historical temperature and frequency of hurricanes from 1923 to today.

The debate will not stop in any case: someone will say that the recent studies I am about to mention are a first, partial "ex post" admission of an activity already activated, who will think that it is a "coverage" operation for clear the matter and who will think that nothing new is moving in the skies.

>> Here is the text of the study